A lawsuit against the U.S. government could lead to national legalization of cannabis, a judge refuses to intervene in Nevada’s recreational marijuana conflict, and High Times magazine hopes to be publicly traded.

A lawsuit filed this week in New York against the U.S. government and two top federal law enforcement officials could culminate with marijuana being legalized nationwide.

ADVERTISEMENT
But even if the suit is successful – and it’s not at all clear it will be – legalization will likely take at least three years.

That’s according to Massachusetts cannabis attorney Bob Carp. He said federal cannabis legalization could be likened to gay marriage, which the Supreme Court legalized nationally in a landmark 2015 decision.

Carp said the marijuana legalization suit – brought by a group of five individuals – “very well could” end up paralleling the gay marriage case.

However, Carp believes the 18-month timeline for a judgment suggested by one of the plaintiffs’ attorneys is overly ambitious. He said the case could take up to five years to wind its way through the legal system and for the high court to issue a decision.

“This has become an issue that is ripe for adjudication in the Supreme Court,” Carp said, adding that there are plenty of legal pitfalls that could stymie the suit before it reaches that level.

“Because they have so many different claims, a lot of them will be thrown out,” Carp said of the 89-page suit. “But I think there are enough claims that the (New York district court) judge will want to rule on it.”

He especially liked the suit’s argument to remove cannabis from the federal list of controlled substances.

“Their shotgun approach was very smart,” Carp said. “They put everything out on the table.

“… They’re on the right path, and they very easily could be the people that finally break down this wall.”

While there’s disagreement over whether Nevada’s recreational marijuana supply is cause for an emergency, retail businesses there remain uncomfortable.

A judge denied a request from a group of alcohol distributors this week to stop emergency rules that allow some recreational marijuana retailers to transport product from growers to storefronts.

The alcohol distributors – who got first crack at distribution licenses when early rec sales began July 1 – argue there isn’t a supply emergency.

But Shannon Wilson – a Las Vegas-based cannabis attorney who represents three adult-use companies with a total of eight licenses – said her clients worry about a shortfall.

They’re nervous the distributors aren’t going to be able to “competently and fully serve the entire marijuana industry in Nevada,” she said. “It’s just not feasible.”

So far, only two liquor distributors – Crooked Wine of Reno (through a partnership with Reno-based Blackbird Logistics) and Rebel Wine of Las Vegas – have received distribution permits.

While none of Wilson’s clients have run out of cannabis products yet, “they are still concerned that they’re going to be screwed over in the coming months as things continue to increase in terms of sales.”

Wilson said her clients are getting creative to circumvent the issue, including potentially distributing product in partnership with Blackbird. She’s working on structuring agreements to facilitate such an arrangement.

Until then, the retailers are at the mercy of the two licensed distributors.

“They have to just hope that one of the two marijuana distributors can fit them into their schedules,” Wilson said. “If they can’t fit them in for a delivery, then they’re going to be out of stock.”

High Times Holding Corp., the company behind High Times magazine, is reportedly aiming to list on the Nasdaq Stock Market in October, a move that would add to an already eventful year for the iconic cannabis monthly.

But Nasdaq officials have already rejected one marijuana media company, MassRoots. So what are the chances the exchange will accept a listing application from a publishing company that’s practically synonymous with marijuana?

And, if High Times is accepted, how might it fare?

The publishing industry has underperformed the broader market over the past year. Over that time, the industry has declined approximately 0.9%, while the S&P 500 index advanced 16.8%, according to a report by Zack’s Equity Research.

The report also warned that, based on its higher-than-market price-to-earnings ratio, the publishing sector has little upside.

High Times caters to consumers in a booming industry, he said, so it has a big advantage over other publishing companies, which continue to suffer declining revenue caused by decreasing advertising and customers who can get content for free.

“It’s hard to compare High Times to traditional media companies – those are like dinosaurs,” Karnes said. “But High Times is in an industry that’s growing, and they’re the most well-known brand in that industry.”

Part of that brand is the magazine’s Cannabis Cup, a popular consumer-oriented event. The Cannabis Cup’s future, however, is in doubt because of recent crackdowns on public distribution and consumption of marijuana.

Karnes also pointed out that with High Times’ recent move from New York to Los Angeles and the likelihood of eventual federal legalization, the magazine is positioned to have a solid long-term future.

“California is going to be the mecca of the cannabis industry – there’s so much going on out there – and (High Times is) going to be on top of it,” Karnes said. “There will be a national recreational market for them to serve, sooner or later.”

Could medical marijuana company’s past haunt its future? 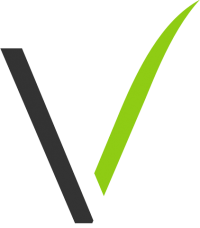 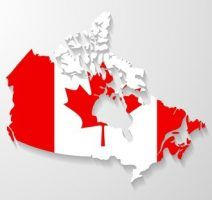