Merger and acquisition activity in the cannabis industry through the first three weeks of March is far outpacing that of the same period last year.

M&A deals closed by publicly traded companies were essentially the same year-over-year (53 in 2019 versus 50 in 2018), but private company deals clocked in at 33 so far this year, compared with just eight for the same period in 2018.

The data below, provided by Viridian Capital Advisors, is through the week ended March 22. 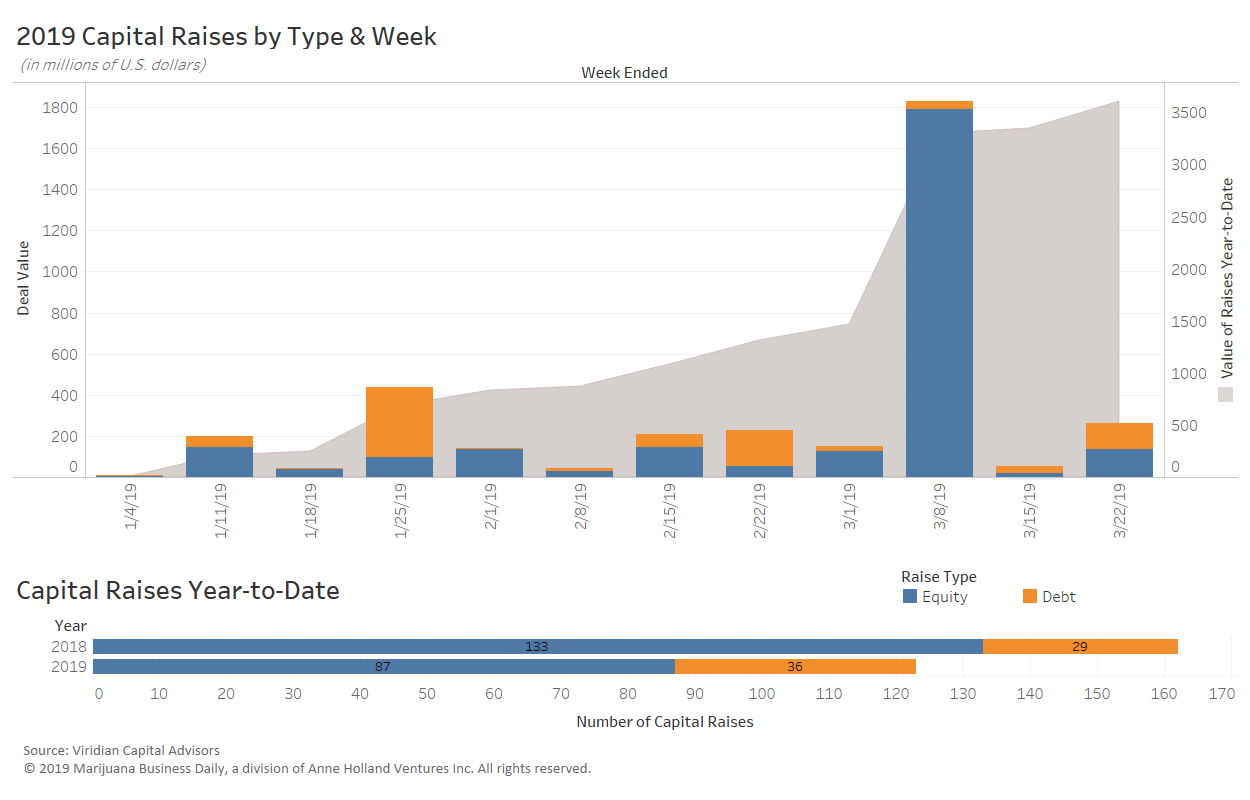 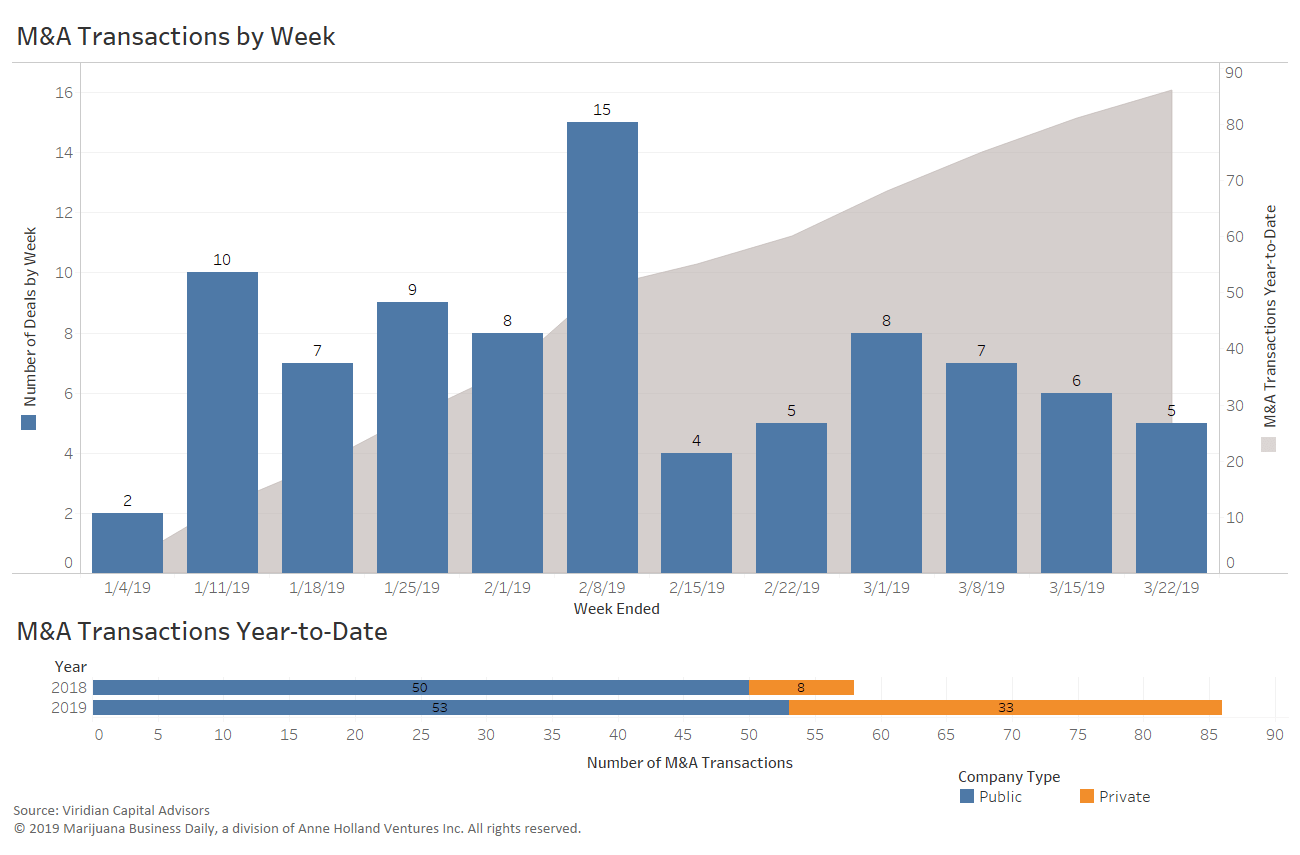 Most of the completed mergers and acquisitions of the past week were reverse takeovers (RTOs), as more private companies sought access to public markets in Canada.