According to the job posting, the position was intended to support the company’s “employees and business units in building, sustaining and improving MedMen’s capability to prepare for, mitigate against, respond to and recover from all hazards.”

In hindsight, the posting seemed quite prescient.

Over the ensuing three months, the company was hit with three lawsuits that, combined, seek hundreds of millions of dollars in damages.

MedMen has since been asked to relinquish its membership in the New York Medical Cannabis Industry Association because of allegations contained in one of the suits.

ADVERTISEMENT
And if that’s not enough, the vertically integrated company is facing the possible loss of its flagship store in West Hollywood.

Before the recent setbacks, the company had enjoyed a spate of good news, namely going public in Canada and executing several acquisitions designed to generate millions of dollars in revenue.

Industry observers believe MedMen can weather the latest string of negative headlines from a financial standpoint.

But the sudden turn of events – including a breach-of-contract lawsuit filed last month by the company’s former chief financial officer – has raised questions about MedMen’s direction and leadership.

“This could go in a lot of directions,” said Mitch Baruchowitz, a principal at New York-based Merida Capital. “None of this actually in any way touches on the core business.

“So, their business may not be in crisis, but their corporation could be in crisis. But I can’t say if it is or not.”

Bierman denied the allegations in a written statement.

“Mr. Parker’s inflammatory allegations are a transparent attempt to gain attention for his meritless lawsuit. His personal attacks on my character are completely antithetical to my core values,” Bierman said. “I am married to a Latina who immigrated to this country at an early age and has been the rock in my life for the last 15 years.

“My business partner for more than a decade and MedMen co-founder, Andrew Modlin, is an openly gay man who inspires me every day with his vision for our company and his commitment to our mission of legalizing cannabis and helping the world discover its remarkable benefits.”

MedMen’s board of directors issued its own statement expressing support for the two executives.

“Adam Bierman is a champion for the cannabis industry as well as diversity and inclusion in the workplace,” the statement said. “The Board of MedMen has full confidence in the leadership and ability of Adam Bierman and Andrew Modlin to build the world’s finest cannabis retailer.

“Mr. Parker’s lawsuit is baseless and the Board remains confident that MedMen will prevail.”

MedMen’s senior vice president of communications, Daniel Yi, has downplayed the significance of Parker’s role with the company.

“James Parker worked at MedMen for less than a year and half, quit and is now demanding more than $22 million from the company while making wild allegations that have no basis in fact,” Yi wrote in an email to Marijuana Business Daily when the lawsuit was disclosed.

“These are the baseless claims of a disgruntled former employee, and MedMen will vigorously defend itself in court.”

Also, Parker’s lawsuit brings with it the potential for sanctions from Canadian securities regulators, experts said, or even jail time for MedMen’s leadership if authorities decide to pursue a case based on allegations in his suit.

“In this case, MedMen executives, if prosecuted and convicted, could potentially face up to 14 years in prison,” Los Angeles attorney Tom Zuber, an expert on Canadian securities regulations, wrote to MJBizDaily.

“The company and its executives can be subject to punitive fines and be made to make restitution to the wronged parties.”

MedMen earlier dismissed a pending shareholder suit as “frivolous,” noting that the court denied the plaintiffs’ request for a temporary restraining order and preliminary injunction.

The company also declined to comment on a potential class action suit filed by former employees.

The recent upheaval is in sharp contrast to MedMen’s business victories in 2018.

The company went public in May on the Canadian Securities Exchange through a reverse acquisition.

“But we feel confident that we’re set in the right direction. … And all of these obstacles in the road, we’ll deal with them.”

Asked if his company was having second thoughts about linking up with MedMen, PharmaCann general counsel Jeremy Unruh said it’s “just as bullish today as when we committed to this deal.”

That has left MedMen well-positioned heading into 2019, with plant-touching assets now totaling 77 retail licenses and 16 cultivation or manufacturing licenses spread across 12 states, pending the closure of certain acquisitions, according to company information shared with MJBizDaily.

In mid-December, MedMen learned its flagship West Hollywood shop came out on the short end in a competitive bidding process for eight local retail permits. It placed 13th, meaning the shop would have to close if the City Council doesn’t act to allow it to remain open.

“Obviously, if we were to lose that store it would be a significant blow,” Yi said.

Asked what the loss of the West Hollywood location could mean to MedMen’s bottom line, Yi said, “We won’t get into hypotheticals.”

But he added the company remains hopeful the city will take action to perhaps grandfather in MedMen’s shop, along with three other legacy retailers that have been running cannabis businesses in West Hollywood for years.

Yi said the City Council is scheduled to discuss the matter Tuesday.

He also cited accolades from the West Hollywood mayor and tourism office, both of which have worked with MedMen on drawing canna-tourists to the city.

“Based on what city officials have said to date and our track record in the city, we remain confident that a resolution will be reached,” Yi said.

However, Sean Donahoe, a longtime California political and industry operative, is dubious MedMen can convince West Hollywood to let it keep the store. He cited the potential threat of lawsuits against the city by other bidders.

“Even if they (MedMen) were able to persuade the city to extend their operations permanently, the city would be pressured by the losers in the competitive process to not have a permanent extension,” said Donahoe.

“You can be very persuasive, but so can a dozen lawsuits.”

Even with the potential loss of the West Hollywood store, MedMen appears to be well-positioned as it faces its headwinds.

The company said in a Jan. 17 news release it expects revenues to increase in its fiscal second quarter to just under $30 million – a gain of 40% over the first quarter – and this past Monday, its market cap stood at $1.7 billion, according to Yahoo Finance. MedMen did not release guidance on its bottom line.

That followed more sobering news disclosed in an interim financial report filed at the end of November that revealed $21 million in revenue and $66 million in net losses for the first fiscal quarter of 2019, which ended Sept. 30.

According to Sedar and MedMen’s last interim financial statement/filing, dated Nov. 29, the company had “cash and cash equivalents” totaling $63.4 million as of Sept. 30.

The string of lawsuits began in November and culminated with Parker’s at the end of January. The three suits have left MedMen looking at a worst-case legal scenario that could cost the company upwards of $300 million or more, legal experts say.

“It’s not out of the question that they would end up with a huge verdict in the shareholder case,” said Katy Young, a San Francisco attorney who specializes in business disputes, referring to a shareholder lawsuit that seeks nearly $220 million in damages for two of the company’s earliest investors.

That’s in addition to the potential for a $22 million verdict in Parker’s case, along with possibly millions more if a potential wage-theft class action suit against MedMen goes the legal distance.

Young said the most likely outcome is a settlement in each of the lawsuits. She noted the suits will likely take months if not years to be resolved, giving MedMen more time to raise money from investors.

“Time is really on MedMen’s side through a crisis like this,” she said.

But, she warned, the three suits could be combined because all were filed in the Superior Court of California in Los Angeles County.

“The biggest risk for MedMen is that these cases get consolidated, so they’d have all three sets of claimants to consider at once,” Young said.

“But as it stands right now, the defense costs that they’re paying out are going to look bad for investors.”

Even if settlements are reached in all three lawsuits, the company will have to reassure investors and continue to attract more capital to bankroll additional acquisitions.

“My takeaway would be this: Where there’s smoke, there’s fire. Maybe part of (Parker’s lawsuit) is frivolous, but I think there may be an element that could have merit,” said Matt Karnes, the founder and managing partner of New York-based GreenWave Advisors.

“Were these guys sleeping during Enron and Tyco and all of that?” he continued. “These allegations appear like that all over again, with the excesses. It’s crazy.”

In addition, Baruchowitz and Karnes agreed MedMen will probably face questions from investors and shareholders.

“This is a company that’s in hypergrowth, and because of the way they’re built, they need constant access to capital,” Baruchowitz said.

“And if their access to capital dries up even a little bit, they could find themselves in a seriously tight spot.”

Yi said MedMen has been actively reassuring its investors, and he emphasized that none of the recent litigation has affected daily operations.

“We continue to operate day to day, and our investors know that,” Yi said, categorizing Parker’s lawsuit specifically as a “distraction.”

But Baruchowitz noted a “distraction” as big as Parker’s lawsuit can morph into a much larger problem, however.

“Regardless of whether the allegations are true,” Baruchowitz added, “the truth is, this a massive distraction, and it’s something that can lead investors to go, ‘I have 20 other options on the market to buy.’”

How Canadian firms and money are shaping US cannabis sector: Q&A with The Apothecarium’s Ryan Hudson 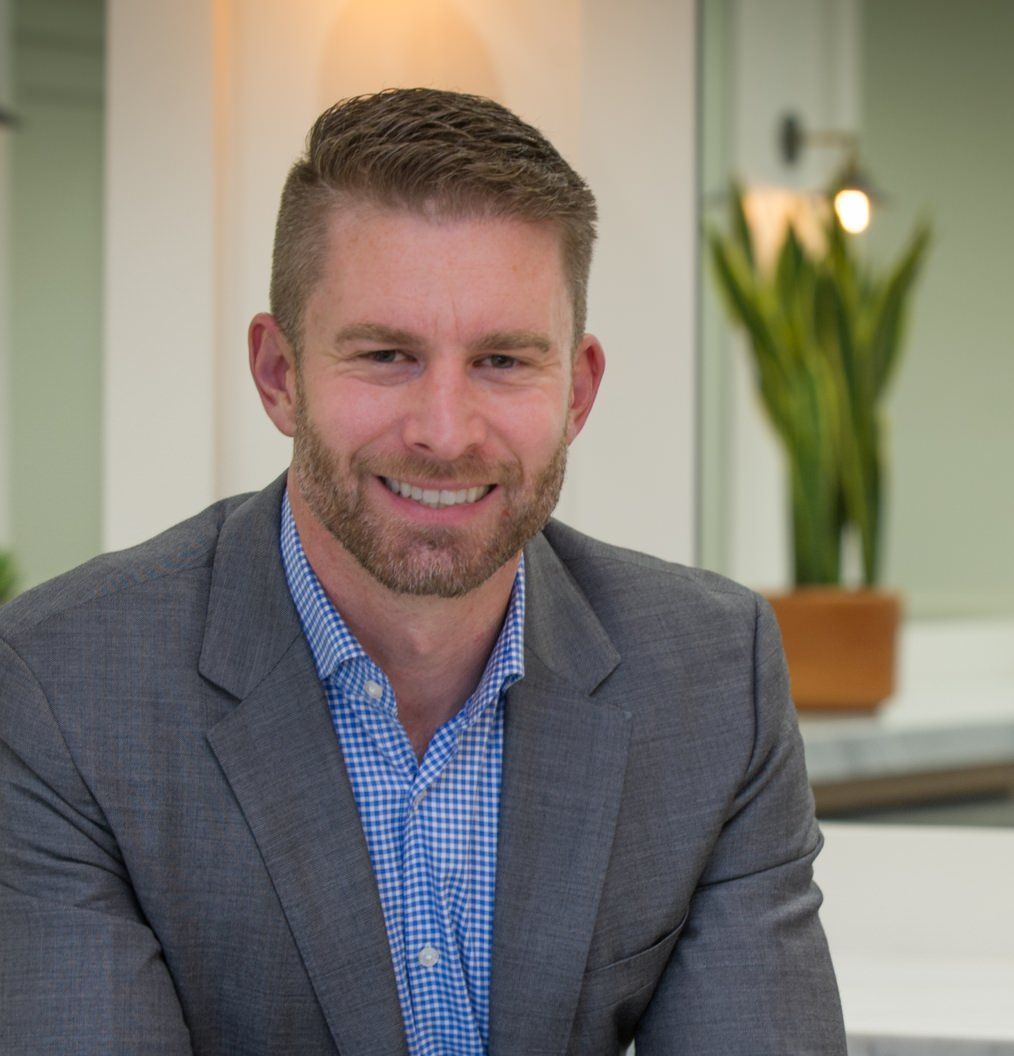 Retaining prized budtenders no easy task, but it can be done, marijuana insiders say 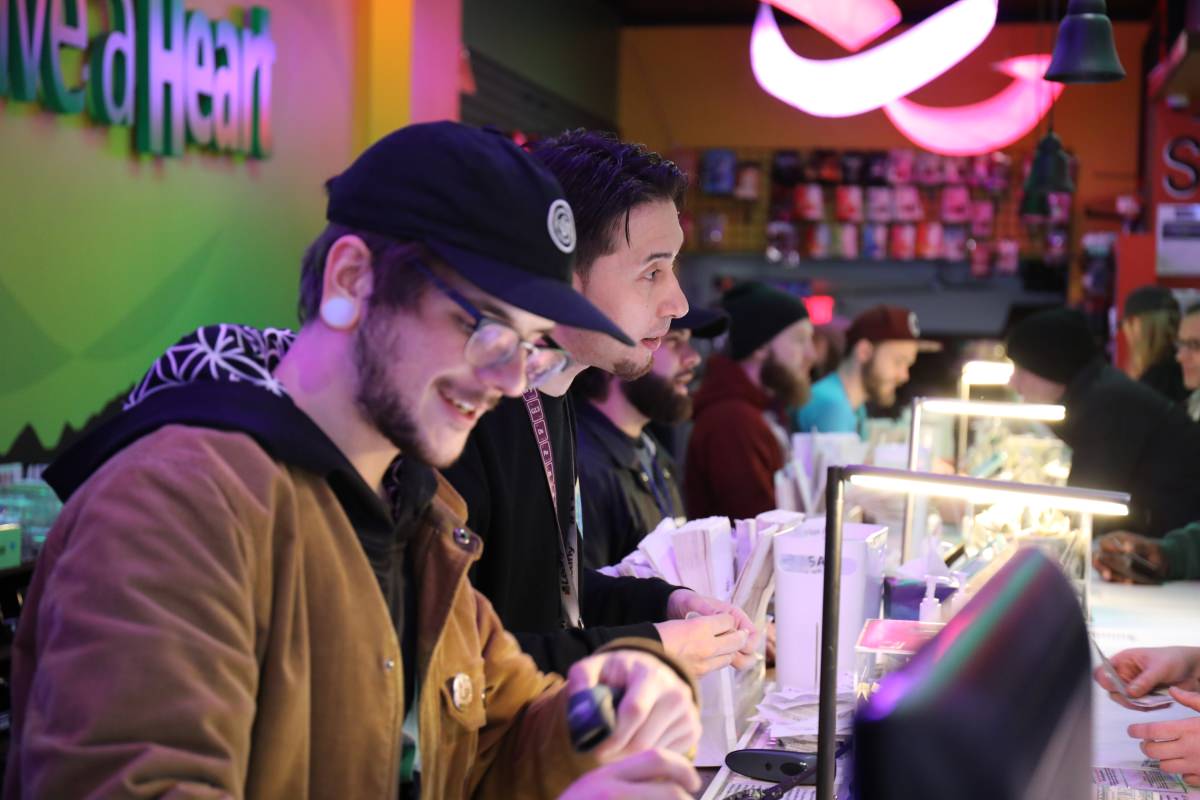