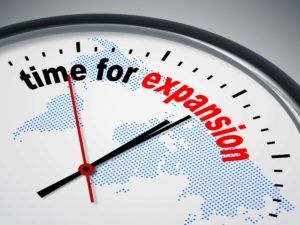 The number of Canadian cannabis producers with fewer than six months of cash on hand has increased over the past quarter, reflecting disappointing earnings and front-loaded capital expenditures, according to an analyst.

Greg McLeish of the Toronto office of Mackie Research Capital found that 25 companies are down to half-a-year of cash when capital expenditures and cash-flow burn are taken into account.

“I think what we’ll see next year is they’ll revisit some of their (capital expenditure) plans, and they’re realizing that they don’t need to necessarily build out all the cultivation assets that they were thinking of,” McLeish told Marijuana Business Daily.

“I think they’re going to have to be nimble enough to do that, because capital is not as readily available. And you do have 32 companies with net debt positions.”

McLeish expects some companies to file for protection from creditors under the Companies’ Creditor Arrangement Act (CCAA) – the Canadian version of Chapter 11 protection in the United States – so they can regroup to avoid going into receivership or bankruptcy.

The same day, AgMedica’s applied for creditor protection to restructure the business.

The Chatham, Ontario-based company’s court filing warned “that many other licensed producers of cannabis in Canada face similar pressures due to capital market conditions that have challenged the cannabis industry in recent months.”

Edmonton, Alberta-headquartered Aurora Cannabis recently ceased construction at a large second-phase facility in Denmark and deferred most work at a facility in Medicine Hat, Alberta.

Quebec-based producer Hexo suspended cultivation at its Niagara facility, which the company acquired as part of the 263 million Canadian dollar ($190 million) Newstrike deal earlier this year.

McLeish said spending at many cannabis companies still needs to align with the reality of the current market environment, especially general and administrative expenses.

“We have to be fully aware that a lot of these companies are teetering on the edge. And I think what’ll happen is we will see some companies go into CCAA or there will be some consolidation,” he said.

“The only way to become investible long term is to show that you can deliver on your plan and manage your costs so you can actually generate some cash flows.”

On the other hand, the launch in Canada of cannabis products such as edibles, extracts and topicals provides an opportunity for regulated businesses to “put a major dent in the black-market concentrate and edible space,” according to McLeish’s analysis.

“Any company with the SKUs available for the initial launch will gain a competitive advantage over the companies that aren’t ready to roll out their products.”

Edibles, extracts and topical cannabis products were rolled out in limited availability in December and are expected to experience wider distribution through the first quarter of 2020.