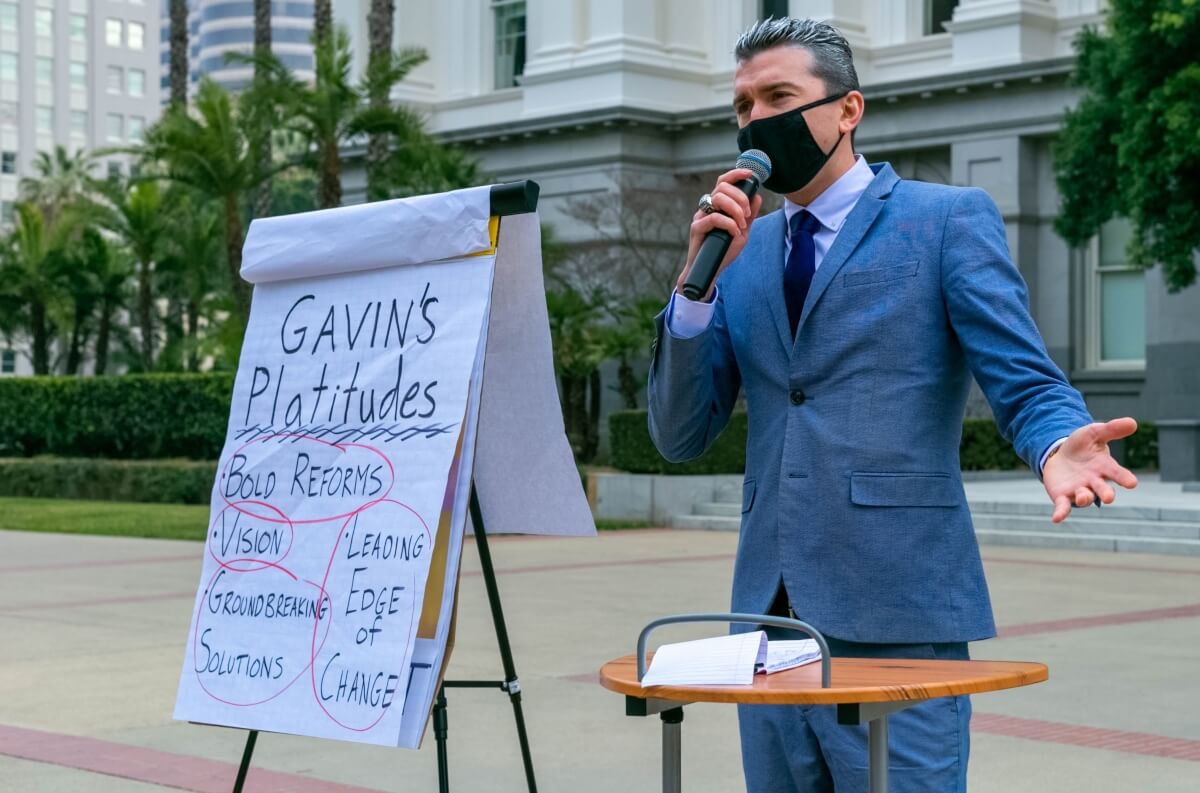 It’s difficult for California marijuana stakeholders to mask their feelings about Gavin Newsom, with one insider saying the "cannabis community overall feels neglected and used by" the governor, who faces a recall election. (Photo by Jorge Maya via Unsplash)

California Gov. Gavin Newsom might need all the political ammunition he can muster later this year when he faces a recall election, but he probably shouldn’t count on an outpouring of support from the marijuana industry – despite having championed recreational legalization when it was on the ballot five years ago.

Newsom even offered a $100 million olive branch to the industry on May 14 in the form of a one-time grant proposal to help ease a major statewide licensing logjam for cannabis businesses.

But that probably won’t prove enough to convince many marijuana business insiders to campaign on his behalf.

By the same token, several industry consultants and executives said they don’t expect many marijuana businesses to actively campaign against Newsom, either.

More than likely, many cannabis businesspeople will simply sit out the election – or reluctantly cast ballots for Newsom.

The situation marks a sharp divide in the relationship between the governor and the marijuana industry, given that he was once the most high-profile politician in the state to back full legalization via his full-throated support of Proposition 64 in 2016.

That’s the consensus from several industry insiders whom MJBizDaily spoke with about the recall election and the political dynamics between Newsom and cannabis businesses.

Many feel let down – if not betrayed – by the governor’s lack of support in the past 2½ years on issues marijuana companies consider critical, such as lowering the state tax rates that have made it harder for legal businesses to compete with illicit operators.

The $100 million grant to alleviate the “provisional” licensing problem was received positively by the industry but also with a few shoulder shrugs, indicating it might be too little too late to win over a lot of the community.

That likely means unless Newsom actively courts the cannabis vote in coming months – either with pro-marijuana bill signings or at least a promise to focus more on industry issues – he probably won’t see much solid industry support.

“If the status quo remains the same, we stay home. We don’t vote one way or the other,” said Andrew DeAngelo, a marijuana consultant and former executive with Oakland-based Harborside, who said the proposed $100 million grant program was “long overdue.”

“That’s how cannabis people express their displeasure with elected officials: They stay home and smoke weed.”

DeAngelo penned an opinion piece for Forbes in April in which he argued that Newsom will need the marijuana industry’s support to keep his governorship and urged MJ politicos to leverage the recall election to force Newsom to support serious changes to the cannabis regulatory system.

DeAngelo noted that the governor’s polling numbers have been less than stellar, though his support has increased slightly in recent months, according to a survey by University of California, Berkeley that found 49% of the state’s voters were against removing the governor from office, compared with 36% that are backing the recall.

“No one with credibility can say Newsom has been good on our issue. Proposition 64 is still a disaster, and without him, reform cannot happen, in my opinion,” DeAngelo told MJBizDaily, referring to the 2016 ballot measure that legalized recreational cannabis and established much of the state’s current MJ framework, including the state tax rates.

“I will not support Newsom in the recall unless he makes some effort to reform (Prop) 64,” DeAngelo said, citing the need for the governor to lower state tax rates and help open up more cities and counties to the legal industry as two primary areas of concern.

Consultant Jackie McGowan, who runs a popular Facebook marijuana industry page, said her sense is that most industry stakeholders haven’t paid much attention to the recall and aren’t motivated to get involved one way or the other.

But she said she also doubts the new grant money will be enough to drive the marijuana industry to the polls for Newsom.

“There’s no doubt that the cannabis community overall feels neglected and used by Newsom, to get elected,” McGowan said.

“However, I don’t think there’s a strong enough Republican stepping forward that enough of the industry would sway in another direction in order to fix the problem.”

But, she added, if a candidate emerged who is staunchly pro-cannabis and had an agenda that appealed to a lot of the industry’s small businesses, that equation could quickly change.

But “at this point,” McGowan added, “that’s a pipe dream.”

One of the state’s premier marijuana trade groups – the California Cannabis Industry Association, which celebrated the grant money – doesn’t have a “strong stance on the Newsom recall,” the group’s executive director, Lindsay Robinson, wrote in an email to MJBizDaily.

A spokesperson for the Newsom campaign didn’t respond to a request for comment.

Labor still on Newsom’s side

There’s one cannabis industry ally Newsom will probably be able to count on: The roughly 2,000 workers who have been organized by the United Food and Commercial Workers union.

Jim Araby, strategic campaign director for UFCW Local 5 in California, said the union supports Newsom “110%” and will be organizing every one of its members to oppose the recall.

“We will mobilize all of our members to engage in that, to make sure they understand it’s better to have Gov. Newsom in office than someone who isn’t pro-labor,” Araby said.

“That includes outreach specifically to our members, including cannabis members.”

The dilemma for cannabis companies is that Newsom is likely their best bet for a political ally in the governor’s mansion, said Dustin Moore, a principal at Axiom Advisors who helped run the Prop 64 campaign.

There isn’t yet another Democrat running against Newsom with a serious chance of victory, Moore noted.

“A recall would be absolutely horrendous for the cannabis industry,” Moore said. “While things have definitely not progressed the way the industry wants them to, I think the governor is by far one of the most favorable to the topic that you’d find of anybody out there.”

According to Moore, Newsom:

“I don’t know what else a sitting governor could do, within his purview, to show that he stands with the industry,” Moore said, noting that Newsom doesn’t have the power by himself – without the Legislature or buy-in from a lot of local elected officials – to accomplish the sort of reforms DeAngelo is looking for.

Another industry executive, who requested anonymity in order to candidly discuss the Newsom recall, said there remains widespread dissatisfaction with the governor’s performance.

“It’s not as if Newsom has been a great friend to the cannabis industry in office,” the executive said, noting, however, that the $100 million grant announcement “definitely helps him fight off the recall.”

The question of an alternative is likely the only issue keeping the marijuana community from switching allegiances, the executive said.

The executive suggested that it could be fairly easy for Newsom to shore up cannabis support by praising the industry’s economic contribution to the state.

“This is an easy thing for him to do … (to) talk more about the financial contributions that the industry makes,” the executive said. “Ideally, he’d say, ‘We’re going to work to lower taxes.’ But all he really needs to do is talk about the industry as a meaningful contributor.”

DeAngelo and McGowan also said that if Newsom were to make a serious effort this year to push through significant cannabis reform in the Legislature – in addition to the recent $100 million grant – that would also go a long way.

“What he can’t do is nothing,” McGowan said. “If some sort of carrot isn’t offered to incentivize the cannabis industry, then I don’t see them making this election any type of priority.

“This ultimately means we just won’t be showing up to vote either way.” 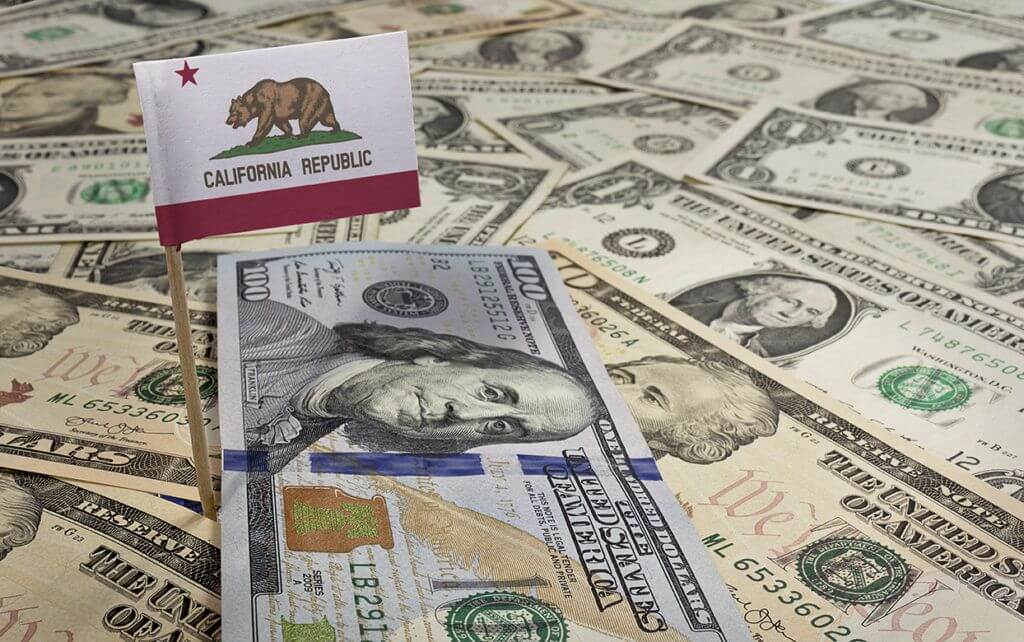