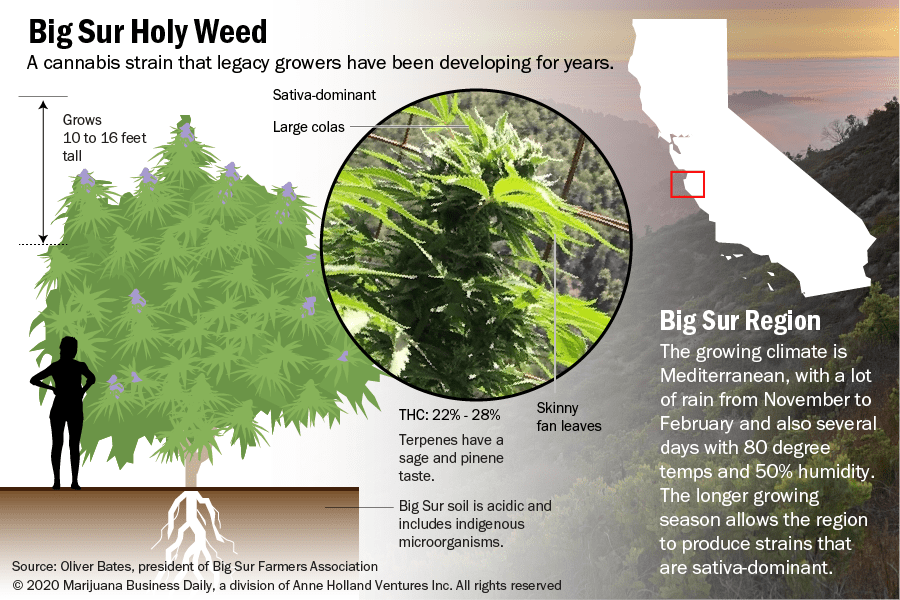 California’s marijuana market is borrowing a page from the state’s world-famous wine industry thanks to a new law intended to help outdoor cannabis growers brand and market their products by highlighting where and how they’re produced.

When Gov. Gavin Newsom signed Senate Bill 67 on Sept. 30, the law established that any cannabis product claiming an “appellation of origin” from a California region must have been grown in the soil and with the sun from that region – in other words, without artificial light or shelter, such as a greenhouse or hoop house.

Such designations can help smaller growers distinguish their cannabis – much like wineries in Napa, Sonoma and elsewhere can.

The designation of origin will be especially useful in the event of federal cannabis legalization – as well as if and when cannabis growers are allowed to ship products nationwide.

“Having the ability to show people the fingerprint of the place is helpful for us,” said Drew Barber, owner of East Mill Creek Farms in Humboldt County.

The challenge will now become how growers in those regions can use that storied history and well-developed techniques to their advantage to help consumers identify certain characteristics by region, similar to what consumers expect from the wine industry. (A blueprint for California cannabis growers to follow.)

Many of the proponents of the appellation-of-origin program are craft growers with 10,000 square feet of growing area or less.

By contrast, larger cannabis growers in California have a tendency to sell directly into the wholesale market and market their crops to other companies who can sell the products under their own brands.

The smaller growers are banking on consumers being willing to fork over a premium for craft-grown marijuana produced in these regions.

East Mill Creek is a 10,000-square-foot grow in a remote valley along the Pacific Coast where people have been growing cannabis for many years.

Barber is proud of the smaller carbon footprint his sun-grown operation leaves, with soil that’s fertilized by sheep and cattle on the farm. He’s hoping to communicate that to consumers with the appellation designation.

“We think it’s a really important thing for people to experience the cannabis we grow out in that nature,” he said.

When thinking about terroir, which defines the distinct characteristics of an agricultural growing region – including soil, water, microclimate, temperature and length of growing season – consumers should be able to taste how all these factors affect the plant.

East Mill Creek Farms is situated on the edge of the marine layer and gets windy in the summer, according to Barber. He said that wind causes secondary plant compounds to produce terpenes and other cannabinoids.

Barber mostly grows hybrid strains on his farm, because pure sativas might take too long to finish before the fall rains hit.

For the climate conscious

Ultimately, Barber hopes environmentally conscious consumers will choose his products over those grown in a less sustainable fashion, such as indoor grows that rely on lighting or large amounts of water.

Scientists have proved that humans are contributing to climate change, and some cannabis farming practices have a smaller impact on the planet than others.

“If you like to drink wine, we can think about the actions we take in our lives to create a climate to grow grapes,” Barber said. “Same is true of cannabis.”

At Emerald Queen Farms in Humboldt County, co-owner Hannah Whyte sees appellations as a way to “pay it forward” for future generations of cannabis growers.

By employing environmentally friendly practices on her farm, she’s aiming to cause less harm to a planet increasingly reeling from man-made climate change.

“Ten years ago, we had weather you would really be able to time your harvest and crop to produce sun-grown cannabis,” Whyte said.

But that weather is much more unpredictable now and prone to extreme swings.

Like Barber, she’s hoping consumers will care enough about how the cannabis is grown to support family farms that have a smaller carbon footprint.

Daniel Fink, owner and operator of Down OM Farms in Nevada County, sees the appellations law as a way to distinguish his Northern California region from the more well-known cannabis-producing counties such as Humboldt and Mendocino.

Nevada County is drier and warmer than the coastal areas, so he can grow longer-season sativa strains such as Durban Poison and Sour Diesel, which he calls his bread and butter strain.

“The market teaches us that throughout the years sativas are more highly sought-after, and that’s what we do well here,” Fink said.

The clay soil that he amends with worm castings fed by manure from a small herd of alpaca is high in calcium, which helps his plants uptake nutrients.

Fink prides himself on using regenerative, sustainable growing practices on his 10,000-square-foot farm.

“This all adds up to essentially a superior product,” Fink said.

The trick will be to market how his cannabis is grown to the consumer. He’s not convinced California’s new law will create more opportunities, but he’s optimistic.

“It’s just a hope that it will benefit our businesses,” Fink said. “That’s yet to be proven.”

Oliver Bates, president of the cannabis trade group Big Sur Farmers Association, sees appellations both as a marketing tool and a way to tell the story of a region that has been cultivating sungrown cannabis for generations.

“There’s an origin story about where it came from and how it’s evolved,” he said. “The appellations give us a platform to tell that story.”

Bates would like to convey to consumers that taste of place particular to the Big Sur area, where cannabis can take on a flavor of sage – or pine if it was grown in a redwood forest.

He points out that the people growing the cannabis are as important as the land where it’s grown.

And he’s hoping if and when federal legalization occurs, the new appellation program will help growers in the region “present it on the world stage as a truly fine craft product.” 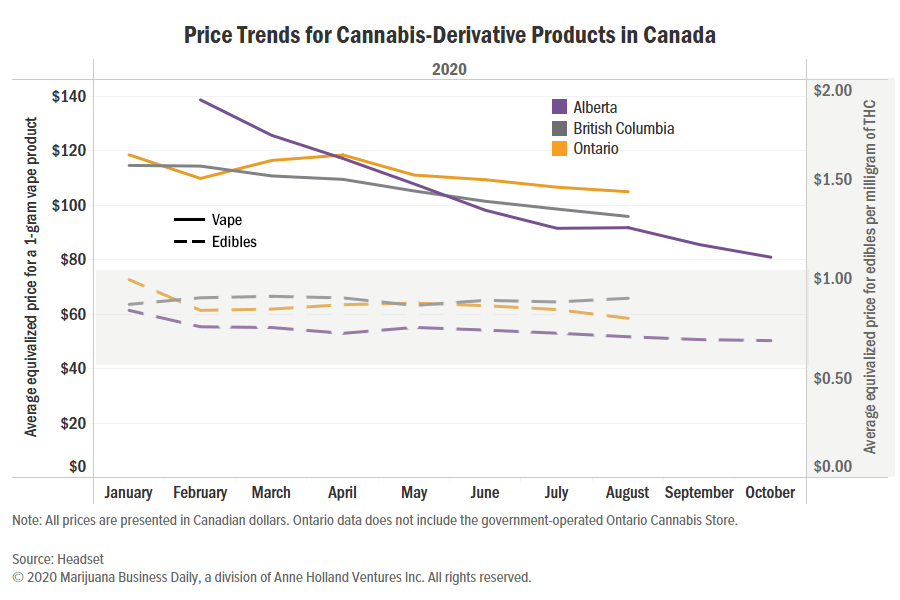