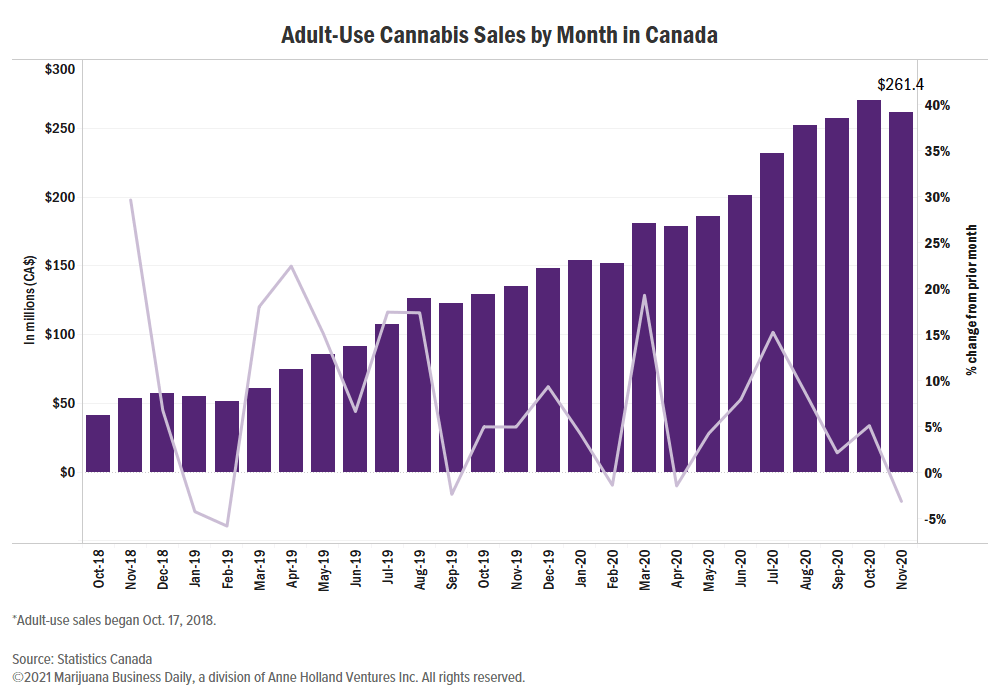 November retail sales of recreational cannabis products across Canada fell to 261 million Canadian dollars ($205 million), 3.2% lower than in October, according to the latest data from Statistics Canada.

Saskatchewan was the only province to see retail sales growth in November 2020, climbing 1% over the previous month to CA$13.9 million.

Quebec saw the steepest fall on a dollar basis.

Ontario and British Columbia reported the next biggest declines on a dollar basis.

Medical cannabis sales declined in the third quarter of 2020, according to spending data released this week.

Household spending on medical marijuana products over the three months was CA$146 million, 6.8% lower than the second quarter’s CA$156 million.

Spending on medical cannabis can be found here.