Colorado’s marijuana industry – one of the most mature in the nation – continues to thrive, posting record-setting sales figures through the first two months of 2017.

Combined sales of medical and recreational marijuana in January and February 2017 totaled over $235 million, up 30% from the same period in 2016.

The increase is good news for marijuana businesses in Colorado, although it’s too soon to know if sales will continue at such a strong clip throughout the rest of 2017.

In fact, February 2017 ranks as the second-highest monthly total for recreational marijuana sales in the Colorado program’s history, falling just short of the $88.2 million sold in September 2016.

The sales figures are especially striking because they come amid a time of historically low wholesale marijuana prices, meaning that a 48% increase in sales represents an even larger increase in consumption.

According to Cannabis Benchmarks – which tracks MJ prices – wholesale marijuana prices in mid-January 2017 were down 33% in Colorado versus mid-January 2016.

And while marijuana retailers aren’t passing 100% of the savings realized by the lower cost of wholesale marijuana on to their customers, retail prices are facing downward pressure – as dispensary and rec store owners in especially competitive markets like Denver have more room to compete on price.

As for what’s happening in Colorado, it’s likely a mixture of both.

Considering the Trump administration’s relatively unfriendly stance toward recreational marijuana, it’s conceivable that more out-of-state visitors are visiting Colorado to stock up on product that may no longer be available in the coming months.

This phenomenon has been on full display in the firearms industry. Gun sales spiked during the Obama administration when many believed their Second Amendment rights were being threatened. But since president Trump took office and the perceived threat has subsided, firearm sales have sharply declined.

For consumers who have stuck to their black-market dealers, lower prices may have persuaded some to finally make the transition to the legal side of the industry.

For consumers already purchasing marijuana legally from a rec store or dispensary, lower prices may be encouraging increased consumption. 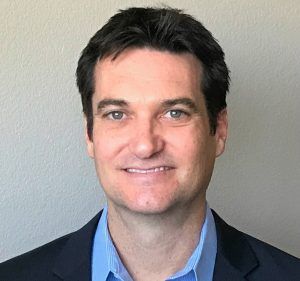