Khiron Life Sciences – a Toronto-based company with its main operations in Colombia – closed a bought deal for 14.5 million Canadian dollars ($11.5 million) that was disclosed Nov. 26.

ADVERTISEMENT
PharmaCielo, also headquartered in Toronto and operating primarily in Colombia, closed a private placement for proceeds of CA$10 million earlier this week.

Both companies said they plan to use the added capital for general corporate purposes.

PharmaCielo was down to CA$5.1 million in cash and equivalents as of June 30 – its latest disclosed financial quarter.

The company recorded a loss of CA$7.7 million for the three-month period.

In a corporate update earlier this month, Khiron said it had CA$14.7 million in cash and equivalents as of the end of September.

The company said it filled more than 4,600 medical cannabis prescriptions in Colombia as of Oct. 31, and expects to see “steady, quarter on quarter revenue growth” when it reports its July-September quarter.

However, in a short form prospectus filed this week, Khiron tempered expectations.

“Due to the impact of COVID-19, as well as delays in regulatory developments in certain markets, such as Uruguay, Brazil and Mexico, the company’s growth expectations have been tempered,” Khiron noted in the regulatory filing.

Khiron recorded a net loss of CA$5.7 million in the quarter ended June 30.

PharmaCielo’s business is more focused on exporting from Colombia.

But so far, exports from Colombia totaled only $4.1 million as of August.

Shares of Khiron and PharmaCielo trade on the TSX Venture Exchange as KHRN and PCLO, respectively. 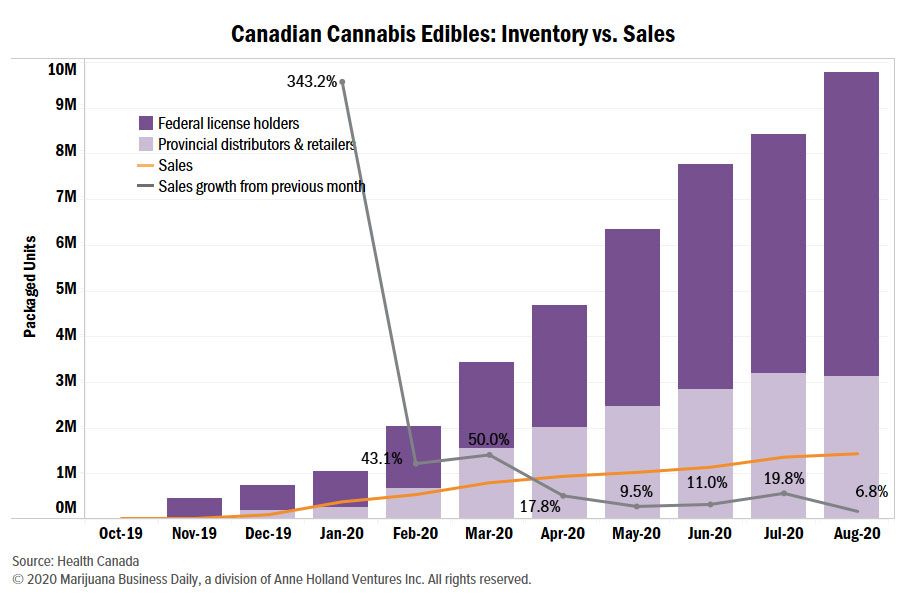