Modulating the endocannabinoid system for its vast therapeutic potential is among the most promising fields of current research strategies.

Alongside the development of phytocannabinoids for medicinal purposes, another strategy of pharmaceutical companies is to increase the level of endocannabinoids like anandamide (AEA) within our body. This has previously been approached through inhibiting the degradation enzymes (fatty acid amide hydrolase, FAAH and monoacylglycerol, MGL) that breakdown endocannabinoids.

An alternative and novel strategy being pursued by Artelo Biosciences is to target the intracellular transport mechanisms that bring endocannabinoids to these degradation enzymes.

ADVERTISEMENT
Because endocannabinoids are fatty molecules, they are transported around the aqueous intracellular environment by proteins called fatty acid binding proteins (FABPs), which was first shown by researchers at Stony Brook University [1].  They identified that overexpression of FABP5 or FABP7, but not FABP3 increased the uptake and hydrolysis of AEA, while inhibition of FABP5 increased AEA levels. Their data first showed that FABP5 delivers AEA to FAAH for degradation.

The Stony Brook researchers went on to develop specific FABP5 inhibitors through a combination of virtual screening, biological assays and medicinal chemistry [2], which are now exclusively licensed to Artelo.  For the past two years, Artelo and Stony Brook have collaborated to develop third generation chemistries which are more selective and potent FABP5 inhibitors suitable for federally regulated drug development. At Artelo, this program is called ART26.12.

Preclinical data shows that FABP5 inhibition could have therapeutic utility in areas typical for cannabinoid-based therapies, including pain, inflammation and cancer.  In contrast to FAAH inhibition, it is believed selectively targeting FABP5 may have fewer off-target liabilities and thus a potential greater safety profile.

Through a series of studies at Stony Brook, first generation ART26.12 was shown to have analgesic effects in several different pain models that are inhibited by antagonism of CB1 and TRPV1 and PPAR? [3–5], mediated by AEA and the endocannabinoid-like molecules palmitoylethanolamide (PEA) and oleoylethanolamide (OEA), which are also transported by FABP5 to FAAH for degradation (see Figure 1).  FABP5 inhibition is particularly effective in inflammatory pain models, where ART26.12 decreases pro-inflammatory prostaglandins and cytokines in addition to direct analgesic effects [6]. 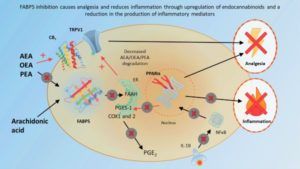 The encouraging analgesic and anti-inflammatory results observed with ART26.12 signify this program may be an important advancement in pain and inflammation treatment. Significant potential benefits over current therapies include the non-opioid low addiction potential, as well as the broad application in chronic pain, cancer pain and neuropathic pain.

As well as modulating endocannabinoid tone, FABP5 inhibition affects the cellular fate of fatty acids, and this has particular relevance in cancers such as prostate cancer and breast cancer. In particular, FABP5 has been widely shown to be overexpressed in prostate cancer, and correlates with worsened patient prognosis and survival rates [7].   Pharmacological inhibition of FABP5 decreases tumor size in mice injected with prostate cancer cells and decreases the spread of the cancer to other areas such as the liver and lungs [8,9].  Data from Stony Brook showed more potent or selective FABP5 inhibitors (SBFI102 and SBFI103) do not interfere with the antitumor actions of taxanes, the standard of care treatment for metastatic prostate cancer, but instead are able to work synergistically to cause even greater reductions in tumour growth than with either drug alone [9]. Combining FABP5 inhibitors with lower doses of taxanes may result in fewer side effects and a more tolerable experience for people treated for prostate cancer.

Given the encouraging anti-tumor and anti-metastatic results observed with ART26.12 and the demonstrated synergistic potential with standard therapies, ART26.12 is expected to have broad application in vascular-driven malignancies such as prostate, breast, cervical cancer and certain types of melanoma.

ART26.12 is leading the way in the new frontier of next-generation compounds that leverage the growing understanding of how to best leverage the signalling of the endocannabinoid system.  FABP5 inhibition is particularly novel and has compelling preclinical data to support its potential use in treating solid tumors, pain and inflammatory conditions.

Dr. Saoirse Elizabeth O’Sullivan received her doctorate from Trinity College Dublin in 2001 and moved to the University of Nottingham in 2002 as a Research fellow where she began researching cannabinoid pharmacology.  She was made Lecturer in 2007, Associate Professor in 2011, and Professor in 2019.  She has over 26 original research articles, 6 reviews and 3 books chapters on the topic of cannabinoid pharmacology, with specific interests on the cardiovascular and gastrointestinal effects of cannabinoids and therapeutic potential of cannabis-based medicines.  Her research methodologies span from cellular and animal models to human healthy volunteer studies and early phase clinical trials.  In 2016 she was named the International Cannabinoid Research Society Young Investigator of the Year. 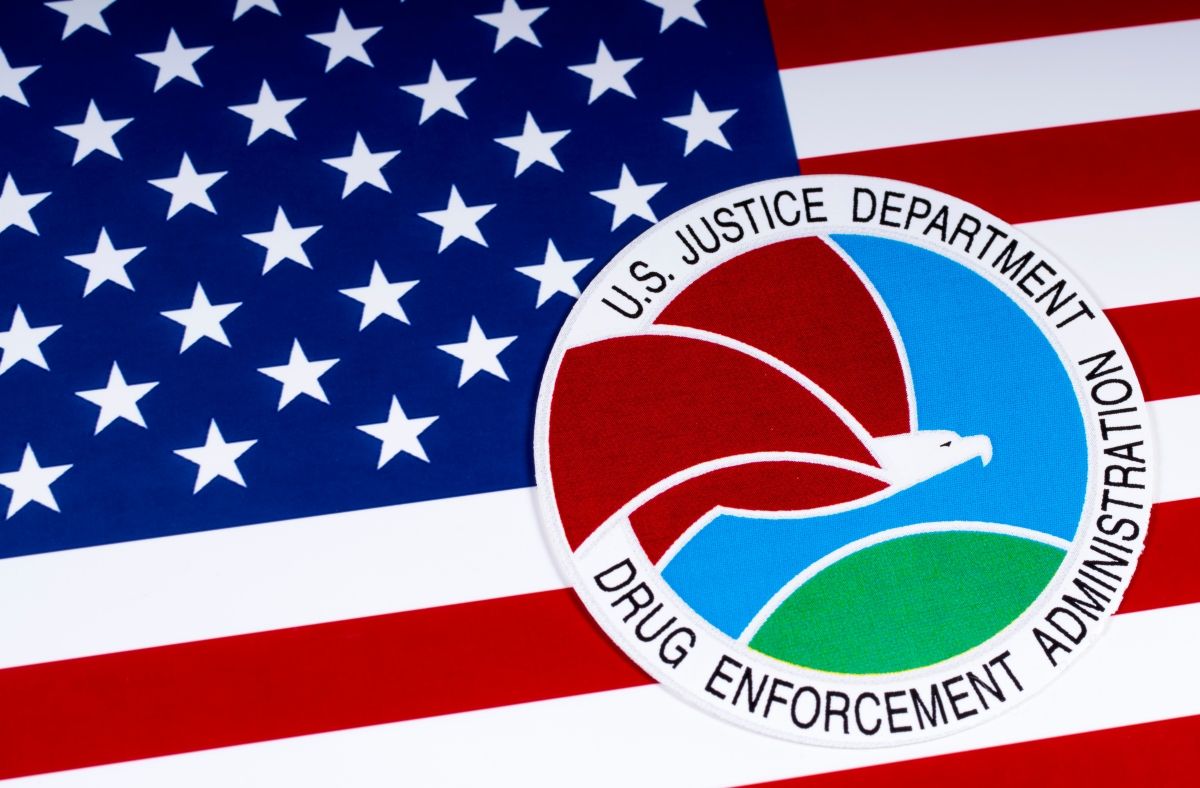