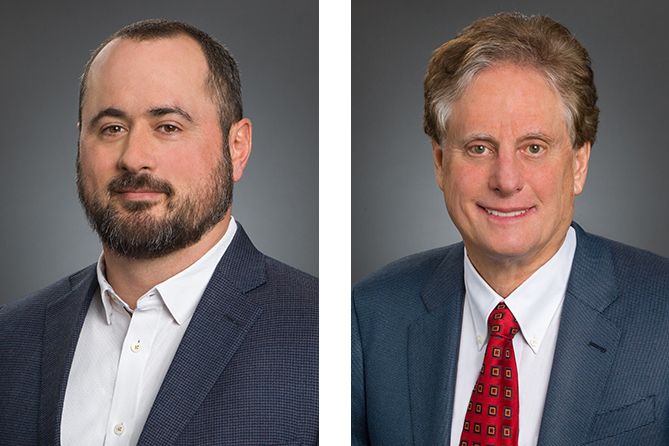 About: A publicly traded company that partners with local groups in various states to own and operate marijuana businesses. The company creates and brands its own products and makes acquisitions.

Employees: 25, plus it oversees 350 employees who work in its partners’ facilities in six states.

The business partners behind MariMed expanded their reach beyond Rhode Island by relying on a few strategies:

When Robert Fireman and Tim Shaw opened Rhode Island’s first dispensary, the Thomas C. Slater Center, in 2013, they had no ambitions to expand into other states. But when they looked at the final facility and saw new states legalizing medical marijuana, they revised their game plan.

Today, Fireman and Shaw are two of the three principals of MariMed, a publicly traded company that partially owns and operates cultivation, processing and retail facilities in six states. More recently they have acquired infused product brands and developed their own edibles, which they expect will pave the way into new markets.

Fireman and Shaw have managed to expand their reach from tiny Rhode Island by finding strong local partners and diversifying their product offerings.

MariMed plans to continue relying on those tactics, even though growing social acceptance and a perceived declining threat of federal interference have persuaded the company to revise its business model.

“That’s my strategy. I want partners in every cannabis-legal state in the country, and partners will be manufacturing (and) distribution,” Fireman said. “I want to be in the 5,000-plus dispensaries in California, Washington, Oregon, Colorado – so that if we have a great product that resonates, we can put it everywhere.”

MariMed’s model has been predicated on staying out of the plant-touching side of the business – even if that means forgoing the revenue that license holders were reaping – at least until Fireman and Shaw felt there was no longer a significant threat of federal interference.

Under its model, MariMed creates private, limited-liability companies to fund and develop cultivation, processing and dispensing facilities. These single-facility LLCs are sometimes jointly owned by MariMed and investors, with the share of ownership and the allocation of return negotiated on a deal-specific basis. Fireman and Shaw would, for example, buy and own assets like the equipment, property and building. The business license, meanwhile, is tied to the building but actually held by one of MariMed’s partners. This structure was used in projects in Delaware, Illinois, Maryland, Massachusetts and Nevada.

“We’re not plant touchers,” Fireman said. “Our initial strategy was to be consultants, application writers, managers, landlords, lenders. We separated ourselves from our clients.”

Because Fireman and his colleagues starting in cannabis were focused on eastern states, which primarily allowed for only nonprofit cannabis businesses, they figured the potential reward was too limited compared to the risks of federal interference.

“That’s why, if you look at revenues in those states, it doesn’t seem to be a lot. Because our revenue only comes from rents and management … with the idea that when there is federal legalization, we can roll up these licenses into our public company and then realize the value of these licenses,” Shaw explained. “So, our company doesn’t own the licenses; we own the assets and have the ability to own the license later on.”

But now executives feel federal interference is less of a threat, and it’s time for the company to start buying some of the licenses the company helped its local partners win.

Now that federal recreational legalization has happened in Canada, and cannabis legalization is increasingly widespread in the United States, Fireman said, “it’s time for MariMed to change its strategy and roll up and acquire its clients, its underlying cannabis license companies.”

Because MariMed wanted to break into states without having to take ownership of marijuana business licenses and plant-touching assets, the company is especially dependent on finding strong local partners.

“Our business model wasn’t just to go at it ourselves and come into someone else’s state,” Shaw said. “Our approach was to go into these states as soon as an RFP (request for proposal) was created and cherry pick and vet potential partners.

It’s also important to know when to say no. For example, New York was a state where Fireman and Shaw knew experienced cannabis and financial professionals they could have partnered with, and it was the kind of limited-license, highly regulated state they prefer. But when the application process was under way, they were still a young company that had doubts about having the necessary capital to survive what was then expected to be a slow market.

“We knew it would be a long time of bleeding before becoming profitable,” Fireman said. “It will be a great market. But as a young startup company, when that came online, we decided to stay away until that matures. States that don’t sell flower, we tend to stay away from.”

As MariMed has matured, diversification has become a key component of its near- and long-term expansion strategies. Like with other multistate companies such as KushCo Holdings and Organa Brands, MariMed found that having multiple, diverse products was key so any one item could lead the company’s breakthrough into a market and then allow the business to follow with its other brands.

MariMed developed its stable of diversified offerings by acquiring other companies and developing its own brands in-house.

For example, it developed and, in 2017, launched a product line called Kalm Fusion, which includes Mari Melts flavored sublingual strips, low-dose Kalm Chewable Tablets, Kalm-Corn popcorn and Powdered Tincture drink mix. In states where MariMed has its own manufacturing facilities, such as Delaware, Illinois, Massachusetts, Nevada and Rhode Island, it manufactures the products itself. In other locations, it licenses the manufacturing and distribution of products to sell in dispensaries or retail stores.

In late 2017, MariMed acquired the intellectual property, formulations, recipes and proprietary equipment to create Betty’s Eddies, a brand of cannabis-infused fruit chews it plans to roll out through its licensing network. Betty’s Edibles already has products in dispensaries in Colorado, Illinois, Maine and Nevada. In 2017, the company earned $40,000 in revenue.

In July, MariMed acquired iRollie, a cannabis-focused packaging company in Las Vegas, for $600,000. MariMed also hired iRollie’s two co-founders with the idea that iRollie would provide the packaging for MariMed’s new and future products.