Regulators there have proposed a set of rules for dispensaries and grow operations that would require business owners to have around half a million dollars on hand.

Under the rules, dispensary owners would pay a $5,000 nonrefundable application fee, a $30,000 permit fee and a yearly renewal fee of $25,000. And owners would have to show proof of at least $400,000 in assets before even starting their business.

For growers, the proposed fee structure is even more. The state’s Department of Agriculture has proposed a $25,000 nonrefundable application fee, a $200,000 approval permit fee and a yearly renewal fee of $100,000. And growers would need to show $250,000 in liquid assets in order to receive a permit.

The permit structure was part of a 71-page document of proposed regulations for medical marijuana businesses that was released on Friday. Illinois officials have yet to finalize the rules. Regulators there have set aside 22 licenses for growing centers and 60 licenses for dispensaries.

If the financial rules are adopted, they are sure to cut down on the number of applications for these licenses.

The rules come two weeks after regulators released similarly restrictive rules for which patients would be considered for medical marijuana. 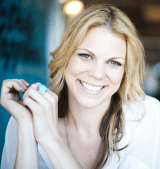