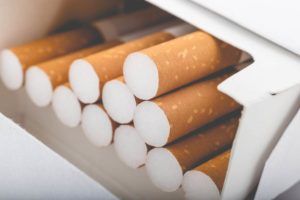 Altria Group, one of the largest tobacco companies in North America, is assessing its market opportunities in the cannabis industry.

The entry of Altria – owner of Marlboro maker Philip Morris USA and an investor in alcohol giant Anheuser-Busch InBev – would be another major milestone for the marijuana sector, coming on the heels of Constellation Brands’ bombshell investment in Canopy Growth last month.

“Cannabis remains illegal under federal law, and we intend to continue to comply with federal law,” Murray Garnick, executive vice president at Altria, said during a fireside chat at the Barclays 2018 Global Consumer Staples Conference.

But the company is also “mindful of the possibility” that cannabis’ legal status may change, he noted. “We’re studying and evaluating market opportunities,” Garnick said.

Robert Fagan, an analyst with GMP Securities in Montreal, says tobacco companies are taking their time with regards to cannabis industry opportunities.

“If anything, they’re waiting for regulations to be crystal clear before diving in,” he said.

And the high valuations the industry has seen? Fagan doesn’t think they’re scaring off potential investors.

“If tobacco companies are evaluating opportunities now, given the huge run up in the space, I don’t think they are too valuation sensitive. My feeling is that they’re not overly concerned with the prices being paid for cannabis companies currently,” he said.

Other cigarette makers have already dipped their toes in the cannabis industry.

Alcohol companies have taken the leap into the cannabis space in recent months, as Canada prepares for adult-use legalization along with some U.S. states.

Canada’s beer industry has expressed concern that the recreational marijuana market will cut into its profits, and even asked the government to raise the cannabis tax to level the playing field.