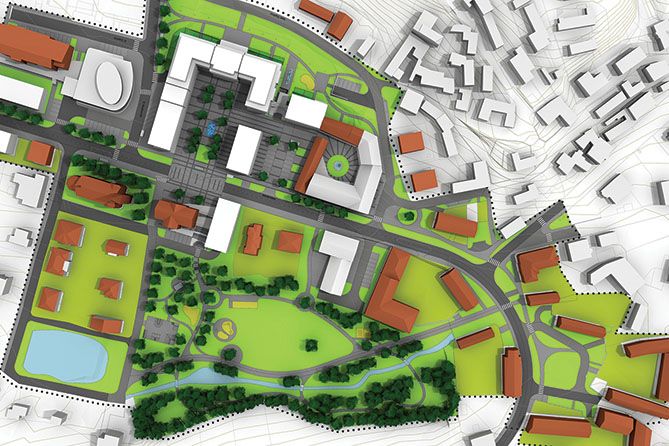 Zoning rules create complicated and vexing issues for those wanting to open a marijuana business in almost any U.S. market. “Zoning is the biggest barrier in Maine,” said Tammie Snow, a cannabis attorney in Portland.

And it’s not just in Maine.

“We have seen an exponential increase in zoning questions over the past year,” said Jade Green, CEO of Seattle-based CannaMLS, which claims to be the world’s largest online marketplace for buying and selling cannabis real estate, licenses and businesses.

But the task of addressing zoning issues can be made easier if cannabis entrepreneurs work with city officials early in the process and enlist the aid of experts familiar with local rules and regulations, which can vary greatly from community to community, even in the same state.

Just don’t expect a fast process. Snow tells her clients they’ll likely spend three months to a year or more dealing with zoning and other regulatory hoops before opening a marijuana business.

Dealing with zoning and buffer issues—including the distance between a marijuana business and schools, day-care centers and other facilities—isn’t just time-consuming but expensive.

“I imagine the combination of these separation requirements and zoning requirements can be challenging for (cannabis) owners to navigate,” said Eric Escudero, spokesman with the Denver Department of Excise and Licenses.

Her company has helped entrepreneurs navigate a variety of local zoning issues, often using geographic information system (GIS) maps that can pinpoint where marijuana businesses are allowed. CannaMLS also has turned to demographic information such as an area’s median income and traffic counts to guide clients.

Some of the zoning-related issues the company has encountered include:

Buffer rules come into play in Orlando, however. Green noted that dispensaries there must be 1,000 feet from any school, park, religious hub, day-care center or rehabilitation facility. In addition, Orlando dispensaries must be at least 200 feet from any residentially zoned areas and at least 1 mile from any other dispensary, she said.

Zoning Goes Beyond Land Use

Zoning regulations can even dictate the size of a marijuana store with rules about minimum and maximum square footage, as well as other aspects of the business.

In Phoenix, Green said, a dispensary can be no larger than 2,000 square feet, including office and storage areas, as well as the sales floor.

But in Tempe, Arizona, a dispensary can be as large as 5,000 square feet—and there is no size limit in nearby Scottsdale, she added.

Prospective marijuana businesses might need to deal with issues such as security and parking under zoning rules.

For example, the Chicago suburb of Warrenville adopted a zoning ordinance in December allowing adult-use marijuana stores. Warrenville’s ordinance was created to take advantage of an Illinois law that allowed recreational sales to begin Jan. 1.

Special zoning requirements that recreational marijuana business applicants must address in Warrenville include:

Experts offered the following tips about how to deal with cannabis zoning issues:

Organize a petition drive: In Maine, citizens can petition a community to permit marijuana businesses where they currently are prohibited, according to cannabis attorney Snow. A knowledgeable lawyer can help draft an ordinance to present to the local municipality. “This may turn out to be the way most municipalities opt in” to allow marijuana sales, she said.

Use high-tech tools: The GIS maps provided by CannaMLS screen sites that are zoned for cannabis businesses. The company also provides demographic information about various areas to increase the chance of success for fledgling marijuana businesses.

Meet with city officials: In Warrenville, Illinois, a prospective marijuana business should meet with the city’s staff to provide details of its business proposal and learn about the municipality’s approval process, said Natalia Domovessova, a senior planner for the town.

Turn to an outside expert: Hire a lawyer and/or a land planner familiar with local zoning rules, said California lawyer Amy Steinfeld, an attorney with the law firm Brownstein Hyatt Farber Schreck.

Snow, however, advises against meeting with code-enforcement officials, town clerks and planning board members in Maine. She has found they frequently provide incorrect information on marijuana zoning issues.

Rather, Snow suggests that entrepreneurs looking to open a marijuana business team up with experienced cannabis attorneys who understand all zoning and related rules.

“I spend a lot of time digging through municipal websites and survey maps trying to parse out what the municipality has in place, where properties are situated for zoning purposes and the requirements for getting any required business licenses or use permits,” Snow said.

Depending on the community and state, zoning and related regulations can be onerous.

“Most people getting into the (cannabis) business have no idea how restrictive Maine law allows municipalities to be,” Snow said.

A situation that she runs into frequently is that someone finds a property that “seems perfect” for a marijuana store only to discover the community has placed it outside of an area zoned for MJ businesses.

Even worse is would-be marijuana operators who spend “significant money” constructing a facility without doing their due diligence on zoning issues, “only to learn that they cannot operate it,” she said.

“I have had grown men cry in my office when they learn that they have spent $1 million in a place that will not let them operate,” Snow said.

In some instances, local zoning and other rules are so restrictive that Snow has had clients who want her to sue municipalities on constitutional grounds. That has happened not just in Maine but in other states such as Missouri.

However, Snow said she sees little chance of such lawsuits winning, because marijuana remains illegal at the national level.

“The federal courts have been clear that there is no fundamental right to anything having to do with marijuana,” Snow said.

Federal, state and municipal authorities are free to restrict every aspect of marijuana, whether it is use, possession, sales or advertising, she pointed out. “I don’t see any legal recourse.”