Ontario’s new government is being urged to rethink its predecessor’s plan to open a small number of provincially owned cannabis stores – or face the prospect of a thriving black market for years to come.

Industry experts and academics say Ontario’s plan to open 40 retail storefronts and someday 150 won’t cut it if the goal is to compete with, and eventually eliminate, the black market.

Saskatchewan – with 1/10th of Ontario’s population – will open 51 outlets.

“The counterintuitive result of the government trying to protect the public by controlling the entire supply chain of marijuana is that they have put themselves in a worse competitive position relative to the black market, whereas what we should be doing is trying to make the legal market as competitive as possible,” said Rosalie Wyonch, policy analyst at Toronto-based C.D. Howe Institute. 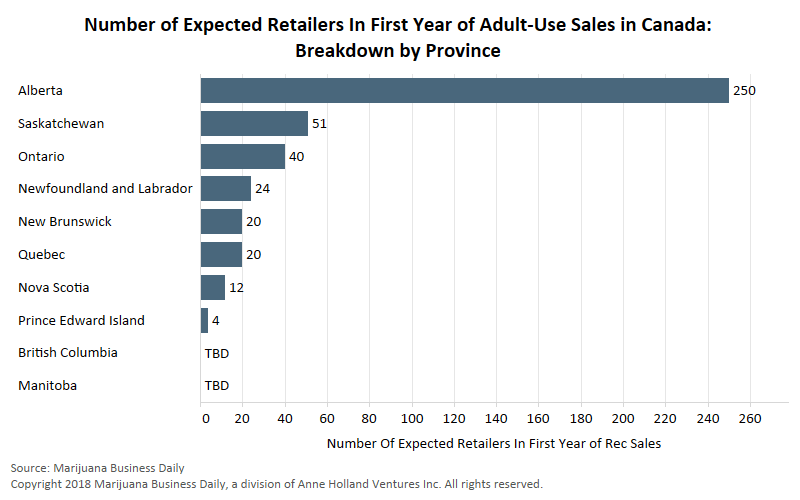 To put the legal industry on a more competitive footing, she said, Ontario should look to British Columbia, which will allow privately owned retail outlets to operate alongside government-owned stores.

“With so few retail outlets, Ontario is unlikely to put much of a dent in the illicit market,” said Jason Childs, associate professor of economics at the University of Regina.

ADVERTISEMENT
Childs expects Ontario to move toward what’s being implemented in Western Canada.

“That’s one of the advantages of starting off with a government system – it’s easier for government to privatize than to nationalize.”

Current participants in Ontario’s cannabis industry acknowledge it’s too late to start from scratch with a private system.

Abi Roach, director of the Cannabis Friendly Business Association, is advocating for a mixed private-public model, where the government gets its fingers in the pot but businesses still get to create jobs.

“The government is going to spend so much money trying to figure out cannabis retail, when there are so many private businesses who want to be legal and pay taxes,” said Roach, also the proprietor of Hotbox Holdings, a Toronto company that develops branded cannabis and hemp products.