The number of completed M&A deals in the cannabis space remains significantly higher so far this year compared to a similar period in 2018 – and private companies are largely leading the way.

While the overall number of deals is up almost 40% year-to-date over 2018 (130 versus 94), transactions involving private cannabis companies have nearly tripled, from 15 in 2018 to 43 so far this year.

The data below, provided by Viridian Capital Advisors, is through the week ended May 3. 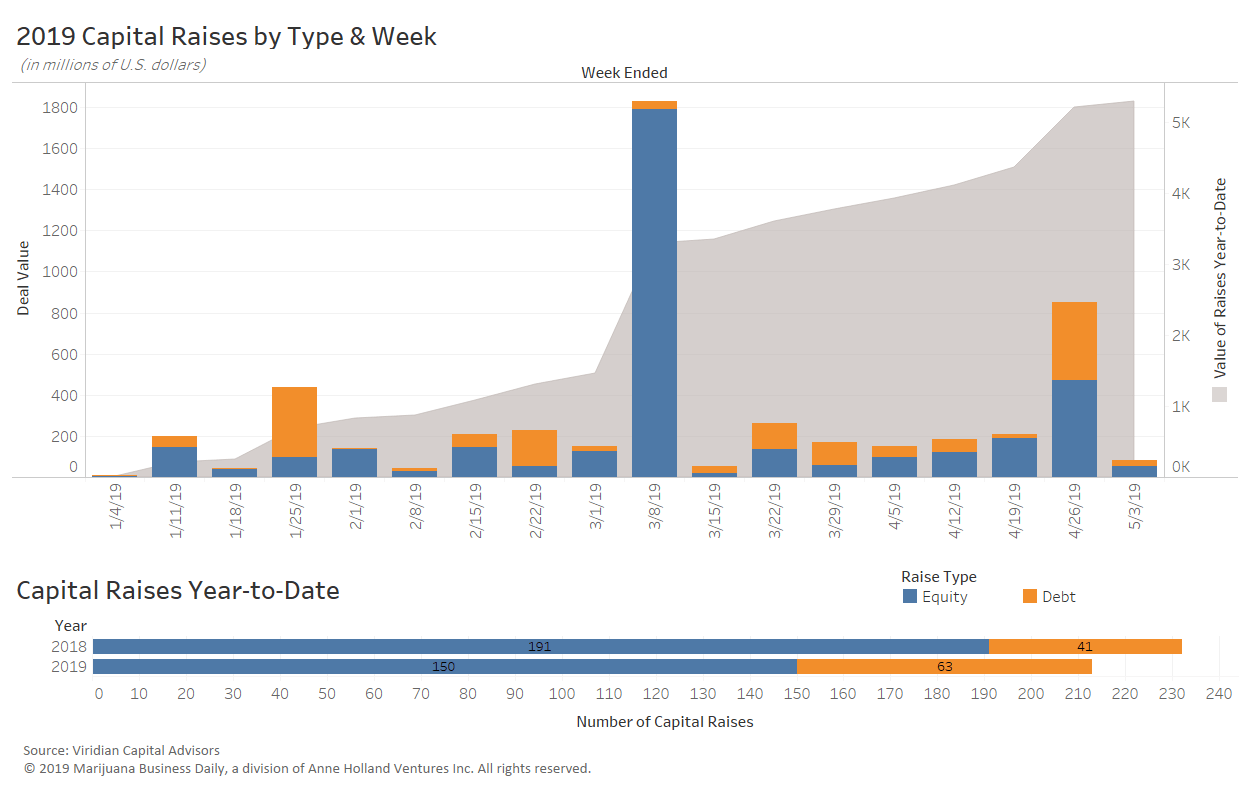 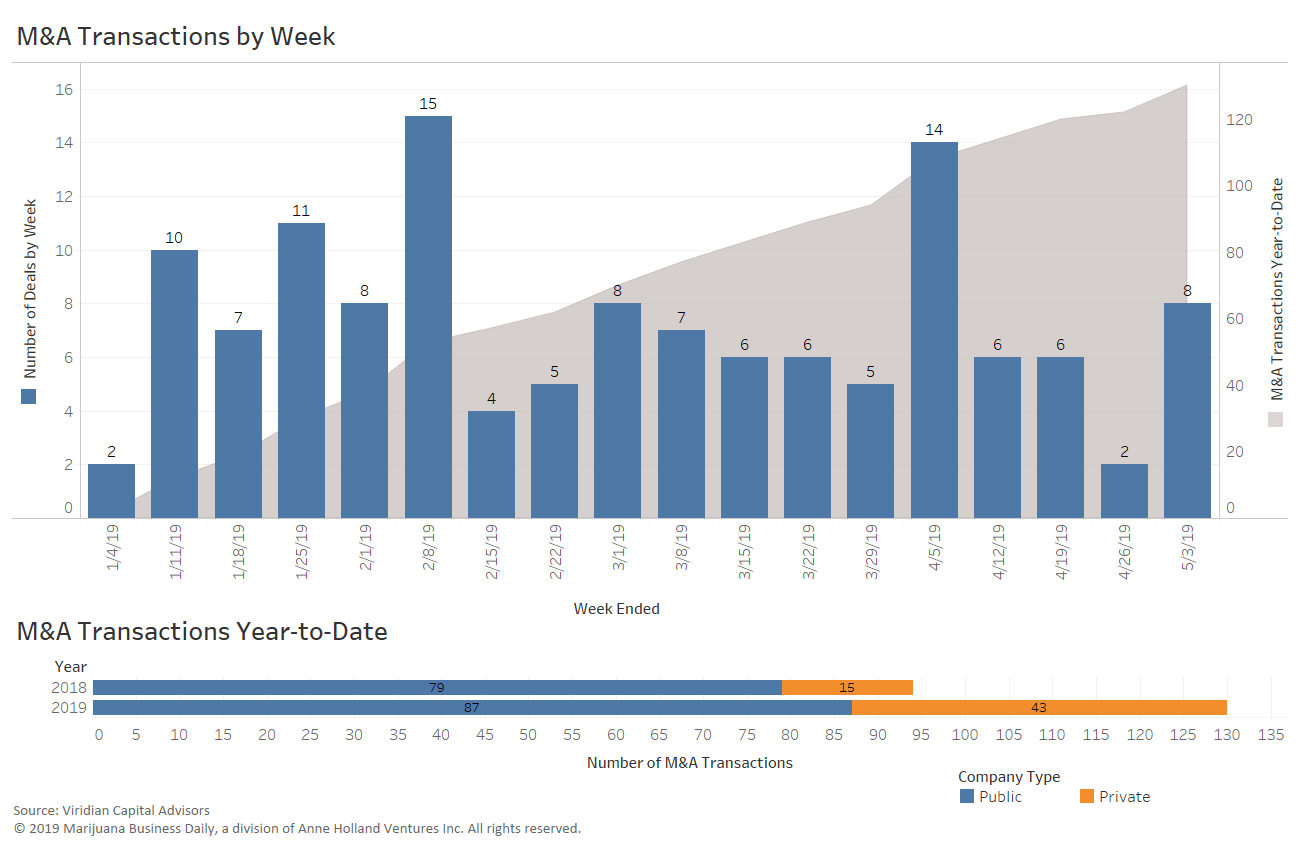