The fourth medical cannabis dispensary in New Jersey prepares to open, Washington State gears up to accept applications for new recreational marijuana permits, and a celebrity unveils plans to start a marijuana-related business.

The news this week that New Jersey’s fourth dispensary is slated to open in October likely came as a relief to patients in the state who have been waiting for years for all six allowed by law to begin serving customers.

But the victory is bittersweet, given Republican Gov. Chris Christie’s ongoing attempts to stall the spread of MMJ and his generally anti-cannabis attitude.

“My initial reaction was, six dispensaries were supposed to be open years ago,” said Evan Nison, executive director of NORML’s New Jersey chapter. “We still have a program that doesn’t function well because of the governor’s impediments, and although it might be perceived as a step forward, we’re actually much further behind than we should be because of the governor’s efforts to block the program.”

Nison said he and other advocates are looking to the future, since Christie will be out of office after 2017. At that point, Nison said, he expects further marijuana reforms will come to the Garden State pretty quickly.

ADVERTISEMENT
NORML and other cannabis advocates have been working behind the scenes to set the stage for full legalization via the state legislature, he said. And if a pro-marijuana governor wins the election in two years, the state’s MMJ program could be expanded practically immediately.

“The way the legislation passed, there were supposed to be a minimum of six dispensaries,” said Nison, referring to the 2010 law that established New Jersey’s MMJ system. The same law, he said, allows the state Department of Health to license an unlimited number of for-profit dispensaries if it deems such a move necessary to meet demand.

“It’s not even a legislative fix that’s needed. It’s really an administrative fix,” Nison said. “Assuming we get a supportive governor… they could quickly expand the program the first day in office.”

All of the state’s dispensaries – which are currently unregulated – will have to obtain licenses under the recreational program by next July or close down. (Note: The state’s health department is crafting rules that will allow businesses to eventually sell medical cannabis in a regulated environment, but that could be a ways out.)

But there’s not necessarily a pressing reason for unregulated dispensaries to apply for a rec license immediately, as they technically still have roughly nine months to win one.

Industry consultant Russ Orsborn doesn’t think there will be a rush next month by hundreds of dispensary owners to get state permits next month. Instead, he thinks a lot of them will wait and see what the Health Department does, and then weigh their options.

“A lot of dispensaries probably won’t want to buy into this recreational model, as it’s being proposed,” Orsborn said. “I think a lot of people don’t really trust the Liquor Control Board guys, because they’ve made mistakes. A lot of them. They’ve made a lot of people in the state of Washington feel that medical marijuana is just being pushed out of the way, and it’s going to be all recreational.”

Granted, going for a recreational license makes total sense if an owner wants to remain competitive and try to sell both rec and MMJ.

“Some will be there the minute the door opens on Oct. 12,” Orsborn said.

However, “there will definitely be holdouts” who will take a wait-and-see approach, he said, adding that the Health Department’s rules will likely play a big part in what a lot of dispensaries choose to do.

And the longer dispensaries wait, the longer they’ll be able to sell cannabis tax-free to customers. But, in the end, dispensaries that want the benefit of selling medical-grade products at a lower tax rate after next July will also have to be licensed by the LCB. So they’ll have to go to the board at some point if they want to stay in business.

One of the most famous cannabis users in the world is poised to play a key role in yet his third marijuana business.

Snoop Dogg’s newest company, a media site called Merry Jane, will be a platform for cannabis-related content as well as a networking hub for other marijuana businesses to connect. It follows his involvement with vaporizer manufacturer Grenco Science and his role as a managing member of the marijuana-centric venture capital fund Casa Verde Capital.

The news not only illustrates the diversity of opportunity for ancillary companies in the cannabis industry, but it also serves as another reminder of how people from all walks of life are trying to capitalize on the green rush now.

Snoop even teamed up with a mainstream entrepreneur who started a successful Los Angeles media firm to launch the new company – as well as investor and talent manager Guy Oseary and actor Seth Rogen.

Now those are some unlikely bedfellows for a business venture. We’ll likely see more of these types of pairings involving “cannabis celebrities” and mainstream business professionals going forward.

WA to Begin Accepting Applications From Dispensaries Next Month 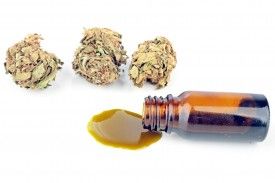