The state’s Department of Licensing and Regulatory Affairs has recommended that potential licensees prove they have start-up capital totaling as much as $500,000.

The department is still seeking public comment on the proposed requirements.

But Matt Abel, a Detroit cannabis attorney, views the “trial balloon” rules as “absolutely” a barrier to entry for those seeking a license. If approved, he added, they could stifle competition by keeping small players out of the market.

It’s not clear what would count toward the total capitalization amount. Abel would like the department to provide clarity on what can be included – cash in the bank, securities, cultivation equipment and inventory, real estate – all or none of the above.

Abel also questions why the requirements are even necessary, given that a large financial cushion doesn’t mean a company will succeed.

“In this free market system companies should be allowed to fail,” said Abel, who nevertheless suggested that most firms will have the requirement built into their business plans.

“Perhaps the government shouldn’t be such a parental figure to tell us what we can and can’t do,” he added.

The state’s Bureau of Medical Marihuana Regulation is expected to release the finalized rules around Nov. 15.

“There’s a lot of growing pains right now, and a lot of apprehension about the rules,” Abel said.

Can the growth last?

Marijuana-related companies raised $1.8 billion during the first three quarters of 2017 – more than double the amount from a year ago – according to New York-based Viridian Capital Advisors.

At this point in 2016, the global MJ industry had hit just $735 million in capital raises.

Can the blistering pace last into 2018? It’s tough to say, according to Viridian’s vice president.

“We knew it was going to be quite a bit higher” coming into this year after the banner year at the ballot box cannabis had in 2017, Viridian’s Harrison Phillips said.

“It’s really driven by the success of … the elections last November,” Phillips said, along with “the push by the Canadian government to roll out their nationally regulated adult use market.”

Whether such a level of investment capital continues to be available for cannabis-related companies over the next year remains to be seen, Phillips added.

“I think it’s really going to depend on how these states roll out their proposed plans,” Phillips said. “So if California is a smooth rollout and the market’s able to seamlessly launch … and there’s no severe bottlenecks in the supply chain, we could see a substantial growth (in capital raises).”

On the other hand, he said, there’s already been a slight slowdown this year from the first half of 2017, as the exuberance of rec and medical legalization in states like California, Florida and Massachusetts ebbs.

Another bit of analysis worth noting, Phillips said, is the evident change in investment deal structuring, from debt to equity.

“This year we’ve tracked 287 deals through Oct. 13 … and the average deal size is more than double the same period last year, and 225 of those were equity as opposed to 62 debt. So we’re seeing a shift in the structure from debt to equity.”

Pennsylvania regulators gave Cresco Yeltrah the go-ahead this week to start cultivating, an important step in the rollout of the state’s medical marijuana program.

Cresco Yeltrah – an affiliate of Illinois-based Cresco Labs – is the first of 12 cultivation licensees to be cleared for launch.

One observer argues Pennsylvania’s rollout has been among the fastest of any state that has recently passed a medical or recreational cannabis law.

“It’s been at breakneck speed in Pennsylvania, and I wouldn’t be surprised if we started seeing more announcements that follow,” said Michael Bronstein, a Pennsylvania political activist who lobbied for the state’s new MMJ law.

“The program is shaping up to be one of the fastest implementations of a state licensure program in recent memory.”

Bronstein attributed the rapid pace to political will.

“The political desire to have a great program is immense in Pennsylvania,” Bronstein said.

Bronstein expects Pennsylvania’s medical marijuana market will be fully operational by the first quarter of 2018.

“I think Pennsylvania offers a really good insight into how to get a good program up and running the right way, quickly,” Bronstein said.

John Schroyer can be reached at johns@mjbizdaily.com.

California wildfires a bump in the road for state’s marijuana industry, insiders say 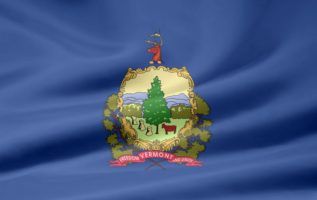