A marijuana working group in Rhode Island is lobbying for greater oversight of the state’s medical cannabis industry, saying MMJ can be linked to a series of violent crimes and even murders.

The group – which was created by Attorney General Peter Kilmartin and is largely composed of law enforcement officials – wants police to have access to the Department of Health’s marijuana registry, which would allow authorities to run background checks on Rhode Island’s 7,631 licensed growers.

It’s also urging the state to decrease the number of allowed plants for each patient from 12 to 3.

Law enforcement officials detailed some of their issues with the current medical marijuana infrastructure during a hearing Wednesday centered around the legalization of recreational cannabis, citing examples – but no hard statistics – of home invasions targeting growers.

Authorities also have pointed to attacks in 2013 on people licensed to possess medical marijuana, which resulted in two deaths. And in several cases, caregivers with licenses to grow cannabis have shot invaders.

The House Judiciary Committee heard from both those for and against recreational cannabis this week. Advocates made their case for why the state should establish a system to regulate licensed marijuana retailers, cultivators, processors and testing facilities – much like the one in Colorado.

The disparate opinions highlight the political rift in Rhode Island surrounding marijuana and could become a roadblock for the push to legalize the plant. The bill’s author, Rep Edith Ajello, has said she believes lawmakers could approve it in 2015.

Polling has suggested that Rhode Islanders support legalization. But aggressive law enforcement groups have succeeded in derailing marijuana legislation in other states.

Boston Dispensary Told to ‘Go Away’ 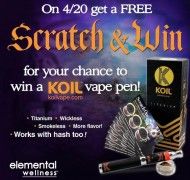