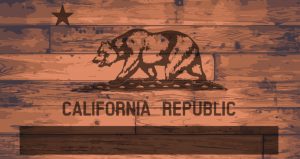 The California Growers Association (CGA) has dropped a lawsuit it filed a year ago against the state over a regulatory loophole that allowed commercial-scale cannabis farms to begin operating in 2018.

In a Jan. 8 court filing in Superior Court of California in Sacramento, the CGA asked for the case to be dismissed. In a press release, CGA said the move was made to “create a clean-slate and increase engagement with the incoming administration of (Gov.) Gavin Newsom.”

The CGA board approved a resolution to dismiss the suit to “maximize existing Association resources and engage CDFA in 2019.”

The suit’s dismissal was first reported by the Sacramento Business Journal.

Former CGA Executive Director Hezekiah Allen told Marijuana Business Daily last year that he was “torn” about the lawsuit’s chances, however, and said, “I don’t want to fight with growers.”

The case, which never gained much traction in court, focused on a sudden change in course by the CDFA in late 2017 when the agency decided to allow cannabis companies to obtain unlimited numbers of “small” MJ grow permits. Such licenses have a maximum capacity of 10,000 square feet – essentially opening the door to immense cannabis grows.

That allowance, the lawsuit argued, was contrary to Proposition 64, approved by California voters in 2016, which prohibited any “large” cultivation licenses from being issued by the state until 2023.

“Medium” cultivation permits allow for grows between 10,000 square feet and an acre, but those are still limited to one license per company.

Since the loophole went into effect early last year, plenty of growers have obtained scores of “small” grow permits to build out large-capacity marijuana farms. That’s happened most notably in Santa Barbara County, which has emerged as an MJ cultivation epicenter in California.