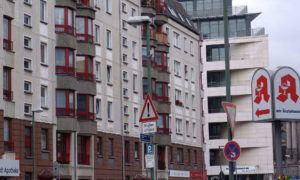 Germany may be the largest and fastest-growing medical cannabis market in Europe, but signs are emerging from medical and regulatory circles that should serve as a warning to marijuana companies planning to commercialize medicines without conclusive clinical trials.

In fact, businesses based on science and efficacy may see a competitive advantage in Germany in the long run over those that are focused on volume and sales, according to industry experts.

In a recent interview with Handelsblatt, Karl Broich, president of the Federal Institute for Drugs and Medical Devices (BfArM), called medical cannabis a “system rupture” – systembruch in German – because marijuana prescriptions are permitted without the same level of efficacy requirements needed for other prescription medications.

The BfArM president sees the current arrangement allowing prescriptions without trials as transitional and said it’s a system he wants to “get away from as soon as possible.”

Broich said the BfArM’s objective is to get more cannabis products with proven efficacy on the market. So far, that’s a short list that includes Sativex and Canemes.

That means efficacy and intellectual property may play greater roles in separating the winners from the rest of the pack.

“It is in the interest of companies to conduct clinical research” because German regulators and physicians “feel more comfortable” with cannabis-based medicines for well-researched indications, said Franjo Grotenhermen, a physician and managing director of the International Association for Cannabinoid Medicines.

“I have the impression that cannabis companies from outside Germany often don’t know what’s going on here,” he said.

Grotenhermen referred to the “major role” that cannabis-based medicine Sativex and dronabinol preparations play in the German market.

“I understand that these products do not play such an important role in Canada, the Netherlands, the USA and Israel,” he said.

According to Grotenhermen, the reliance of German regulators and doctors on dronabinol and Sativex “can, in part, be explained by effective lobby of pharmaceutical companies convincing medical associations that their products are superior.”

“If companies wait too long, we may see synthetic modulators of the endocannabinoid system – FAAH inhibitors, MAGL inhibitors, selective CB2 receptor agonists – for which clinical studies have started, introduced and established as a standard first-option therapy (before marijuana) for conditions for which we may use cannabis today,” Grotenhermen said.

But even as traditional pharmaceutical products are the first line of treatment, access to flower is here to stay, according to Jan Witte, medical director of Aphria Germany.

Witte pointed out that the BfArM recently contracted the first domestic cultivation of cannabis for the next four years, demonstrating a commitment to the use of flower for the time being.

“What we need now is constructive dialogue to increase the level of evidence and support doctors’ understanding of the cannabis toolkit they now have available,” Witte said.

To avoid the proliferation of court-approved home grows, German legislators were pushed to approve a law in early 2017 that provided general access and forced statutory health insurers to provide compensation as long as certain requirements are fulfilled, including that cannabis be prescribed as a last resort.

Doctors up in arms

About a dozen associations representing German doctors recently appealed to the medical community, journalists, insurers and politicians to adopt a “more responsible” approach toward medical cannabis.

According to Witte, the associations “represent, without any doubt, the medical community in Germany” and should be taken seriously.

The associations focused criticism on:

The groups appealed to: