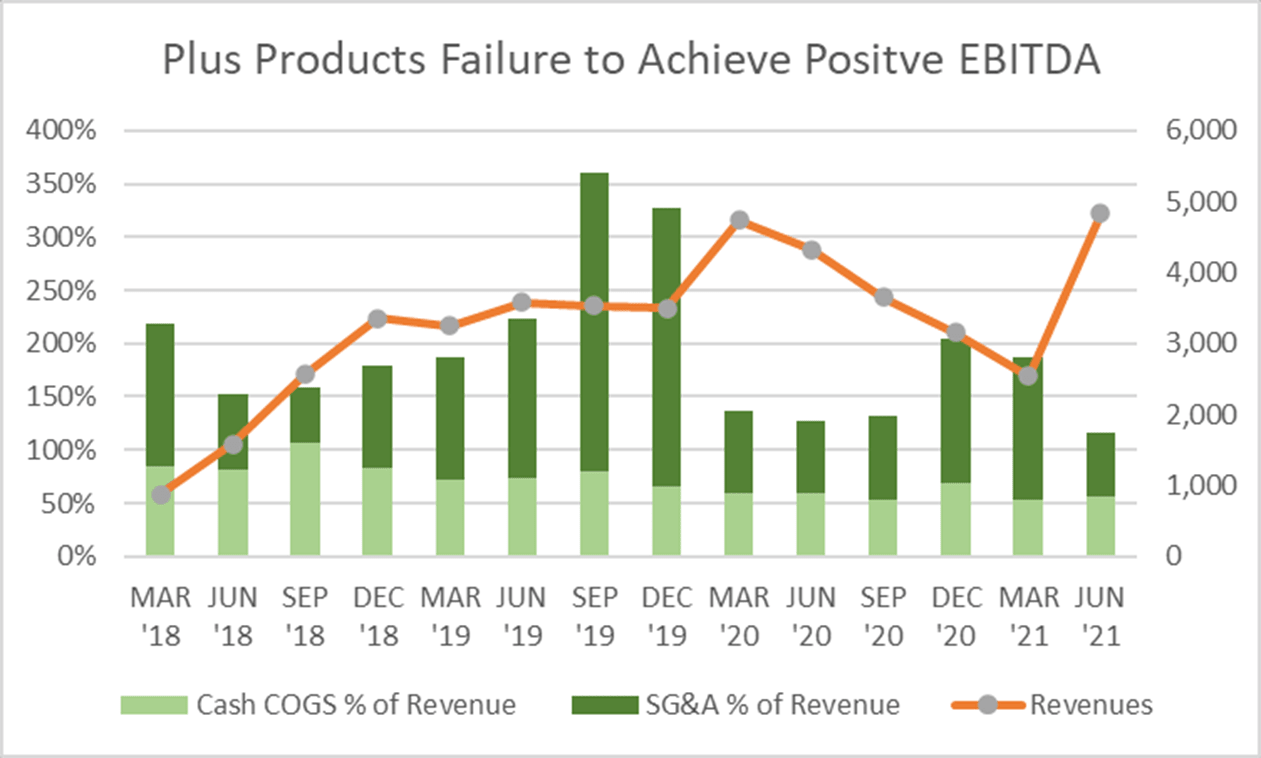 On Sept. 13, California-based Plus Products (CSE: PLUS; OTCQX: PLPRF) filed for protection from creditors under the Companies’ Creditors Arrangement Act (CCAA), the Canadian counterpart to U.S. bankruptcy statutes.

The filing caps a long-running battle to maintain liquidity despite the increasing difficulty in accessing capital markets.

These factors substantially explain the 46% sales decline from March 2020 through March 2021 (shown in the orange line in the graph above).

The convertible notes and warrants financing structure used by Plus (and many other early market participants) had a relatively low conversion premium of 16%, which at the time was thought of as a delayed equity issuance.

But the cannabis stock crash of 2020 reduced Plus’ stock price to less than 1 Canadian dollar, and it never recovered to the CA$6.50 conversion price.

What steps did the company take to right the ship?

With its third-quarter 2020 earnings release, the company said that it was moving to self-distribution, arguably the right move to take control product marketing.

The positive effects started to register in the second quarter of 2021 with a 90% sequential gain in sales to a record $4.8 million.

At the last possible moment, Plus also reached an agreement to extend the maturity dates of the convertible notes from Feb. 28, 2021, to Feb. 28, 2024, staving off an immediate liquidity crisis.

However, the modification was costly.

The company also issued $499 of warrants per bond as a fee, with each warrant convertible at $1.10.

What could they have done differently?

The company should have been more aggressive about fixing liquidity much earlier.

Several other companies, including Cansortium and Kush, managed to finance their way out of similar dilemmas. The “asset-light” nature of Plus’ balance sheet might have inhibited options, though, as the company has only about $2 million of net property, plant and equipment (PPE) on its June 2021 balance sheet, rendering it unable to offer significant collateral.

Plus Products failed to effectively “read the room” regarding its strategic position as a small independent brand. It lacked scale, cultivation and access to shelf space. Other brands, such as Sublime, pivoted earlier to gain access to benefits for larger companies’ scale.

We don’t know how early or hard Plus pushed for a sale of the company, but Viridian Capital Advisors believes they might have stuck with the idea of going it alone just a bit too long.

Negative headlines, even if they’re only tangentially related to a company, can cause investors to shy away from even the best companies.

“There is usually a knee-jerk reaction to negative publicity regardless of the severity,” said Matt Karnes, founder of GreenWave Advisors, a New York-based financial research and consulting firm.

For example, many industry observers agree that California-based MedMen has implemented significant operational changes to address the challenges created by the poor behavior of its former executives. Despite those changes, the company has struggled to regain its position as a market leader.

Tilray’s recent actions might help boost MedMen’s reputation, but a shadow from the company’s past transgressions still lingers.

At the same time, companies can’t always control the messaging that gets out about them. So what can leadership do to mitigate the impact of negative publicity?

One key step is to make sure there are strong policies in place around all financial and operational decisions – and document them for review. For example, if the company is considering doing business with a related third party, what process is employed to ensure that no preferential treatment is granted based on the relationship?

Another step: Separate the overseers.

Financial experts generally are concerned about one individual holding both the CEO and chair roles – as Kim Rivers does at Florida-based Trulieve Cannabis – because of the influence that person can have over board decisions.

“When a director has significant voting power, there is always the question of how independent the independent directors are,” said Lauren Newell, an associate dean and professor at the Ohio Northern University Pettit College of Law. 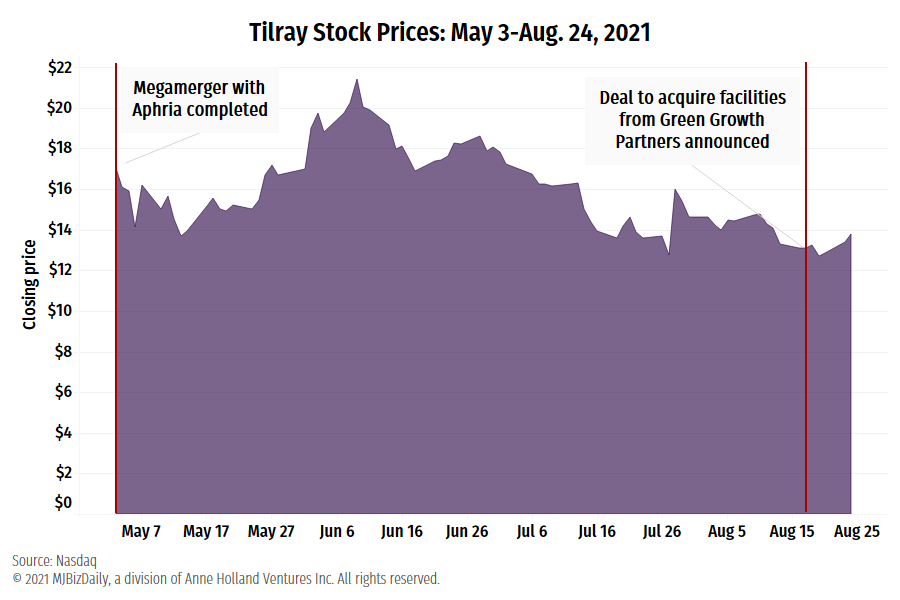