Shuttered private-sector cannabis retailers in Ontario can get back to business via curbside pickup and home delivery, the provincial government announced.

An emergency order signed late Tuesday could be a temporary lifeline for Ontario’s retail marijuana stores, which were initially included on the government’s list of essential services as the province grapples with the COVID-19 pandemic, then were removed from the list late last week and ordered to close for two weeks as of April 4.

According to a bulletin from Ontario’s cannabis store regulator AGCO, licensed cannabis stores in the province may, for the next 14 days:

Only the licensed retailer or their employees may deliver cannabis – third-party delivery services are not permitted. Retailers may charge for delivery.

Pickup transactions must be made near the store and captured on store security cameras, and payments must be made at the time orders are placed, before pickups occur. Customers may not enter stores.

Staff at stores offering those services must have completed Ontario’s mandatory CannSell certification program for the online training module of retailers.

The 14-day emergency order permitting pickups and deliveries could be extended by the Ontario government.

Until now, home cannabis deliveries in Canada’s biggest province were the exclusive domain of the Ontario Cannabis Store (OCS), a government-owned online retailer that is also the province’s exclusive wholesale distributor to private-sector marijuana stores.

After Ontario’s store-closure order was issued April 3, cannabis retailers interviewed by Marijuana Business Daily called on the provincial government to consider permitting curbside pickup and deliveries so they could continue operating.

Alanna Sokic, a Toronto-based senior consultant with Global Public Affairs, believes the provincial government has “a very keen understanding at the political level that cannabis entrepreneurs are struggling right now, primarily because the majority of (retail) licensees in Ontario are independent entrepreneurs.”

Sokic warned that activating cannabis delivery infrastructure could be harder for some Ontario retailers than others.

“I think it’s likely that some of the larger players will be able to modify and adapt, but it may be a bit of a struggle for some of the smaller players,” she said.

Ontario’s retailers expressed relief after news of the order leaked on Tuesday.

“If it weren’t for Ontario passing the bill to allow click-and-collect (sales), I am not sure how long Shiny Bud could have lasted,” Richard Ledesma, director of retailer Shiny Bud, said in a statement.

“Like other retail stores, we have staff and overhead and rely on a regular sales flow to stay afloat.”

Ontario is Canada’s most heavily populated province with nearly 15 million people and has issued 54 authorizations for cannabis stores to date.

Licensed cannabis producers in Ontario are currently allowed to continue operating as an essential service during COVID-19 business closures.

Organigram temporarily lays off 400 workers due to COVID-19 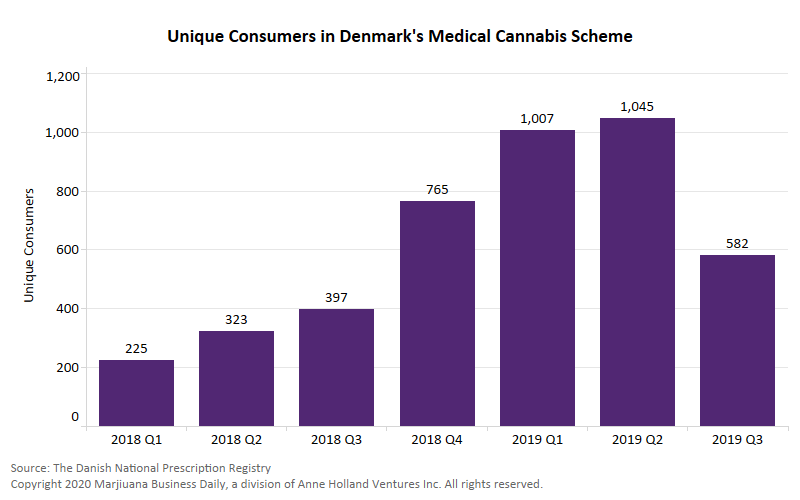