Nov. 1 marked the first day licensed Washington state marijuana businesses have operated without a traceability program, and it’s raising questions about the necessity of such systems.

BioTrackTHC, which had the contract with the state for three years, failed to reach an extension with Washington’s Liquor and Control Board (LCB), and the agreement ended at midnight Oct. 31.

The LCB selected MJ Freeway’s Leaf Data Systems as a replacement, but the system won’t be available until January at the earliest.

ADVERTISEMENT
In the meantime, the LCB established a contingency plan that puts the responsibility on businesses to track data and then upload it onto Leaf Data Systems once it’s online.

Depending on how the transition period plays out, some industry insiders are wondering if it will prove the industry doesn’t really need state systems after all.

“This is the beginning of a new model of traceability where states do not have contracts to maintain state databases, but instead rely on audits and enforcement to ensure compliance,” said Jeremy Moberg, president of the Washington Sungrowers Industry Association (WSIA).

Up to Nov. 1, there had been discussion about contract extensions and other possible fixes, but Moberg said negotiations between Washington state and BioTrackTHC are now dead.

Jeremy Weikum – manager at Longview Freedom Market, a retail marijuana store – said that even though his company tried to be as prepared as possible, there was much uncertainty about what was going to happen until transition day arrived.

“We were flying by the seat of our pants,” he said.

When he went to work on transition day, he couldn’t adjust any inventory.

“It looks like, as far as the traceability, anything coming in or out is not working, and that could be a huge problem,” he said.

Longview tried to bolster its marijuana supply in October to weather any potential shortfalls.

“I don’t know if it’ll be a huge issue for us,” Weikum added. “But depending on how long it takes, we can only go so long on the inventory we have.”

At the Bakeree, a cannabis retail shop in Seattle, owner Jeremy Kaufman said the man hours required to remain compliant with the state’s requirements and process a “massive amount of paperwork” will cost him an additional $500-$700 a month.

He’s wondering how all this data will ever be compiled.

“I can’t even imagine an audit,” Kaufman said.

Oscar Velasco-Schmitz – co-owner of Dockside Cannabis, which has stores in Seattle and Shoreline – said his employees hadn’t reported any issues with inventory or transactions and he was getting manifests from the producer/processors.

But he has incurred additional labor costs, particularly with his inventory personnel.

“This is going to be true across the board,” Velasco-Schmitz said, adding that anytime there’s a change in technology, there also will be an increase in resources expended.

Like many other retailers, Dockside purchased additional supply to get ahead of anticipated shortages. If that product doesn’t sell, the company will have to discount it to move it, costing his business more money.

“This isn’t just an inconvenience, it’s a disruption,” he said.

On the producer/processor side, Matt Sampson, owner of North Coast Growers in Anacortes, said there’s “not going to be too much hitch in our giddy-up.”

In fact, the slight panic among retailers has benefited his business in recent weeks. Worried owners have increased their purchases of plants in anticipation of a dip in supply, Sampson added.

He plans to report data to the LCB every week via BioTrackTHC’s software.

“It’s not going to be a major change for us,” he said.

BioTrackTHC recruited a number of third-party software companies to participate in its unified contingency plan, including Grow Flow, LeafLink and Mister Kraken, among others.

According to BioTrackTHC, the software is a private-sector, independent clone of the expired BioTrackTHC Traceability System.

The system allows all BioTrackTHC customers – as well as licensees that have agreed to participate in the unified contingency plan using other third-party software – to submit required compliance data the same way they did previously.

By midafternoon on transition day, BioTrackTHC CEO Patrick Vo said 1,397 licensees had signed on to the plan.

Velasco-Schmitz said he feels a high level of confidence in BioTrackTHC’s temporary solution.

But it raises the question whether a seed-to-sale program needs to be state-administered.

“How many teachers can you hire for that?” Velasco-Schmitz said. “How many peace officers can you put on the street? How many homes can you build for the homeless?”

WSIA president Moberg believes this might be the unraveling of the state seed-to-sale industry.

“This is the first step toward states not having contracted vendors to maintain traceability,” he added.

If Washington operates successfully during this transition, he said, it will raise the question if such state contracts are necessary.

“All the other states are going to say, ‘Why are we going through all this trouble?'” Moberg added.

Focus on marijuana’s future, not the future of your cannabis company: Q&A with marketing guru George Blankenship 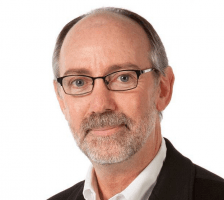 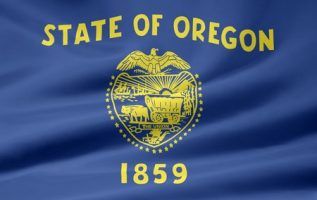 Public banks offer hope for marijuana businesses, but will they arrive in time?