(This story was updated to correct a reference to Columbia Care’s market capitalization.)

The number of cannabis capital raises may be slightly down so far in 2019 over the previous year, but the amount of money raised is almost double.

Marijuana-related businesses have raised $5.17 billion year-to-date through 199 deals compared with $2.8 billion via 222 deals in a similar period last year.

Sizes of equity and debt raises grew over last year for both publicly traded and private companies.

The data below, provided by Viridian Capital Advisors, is through the week ended April 26. 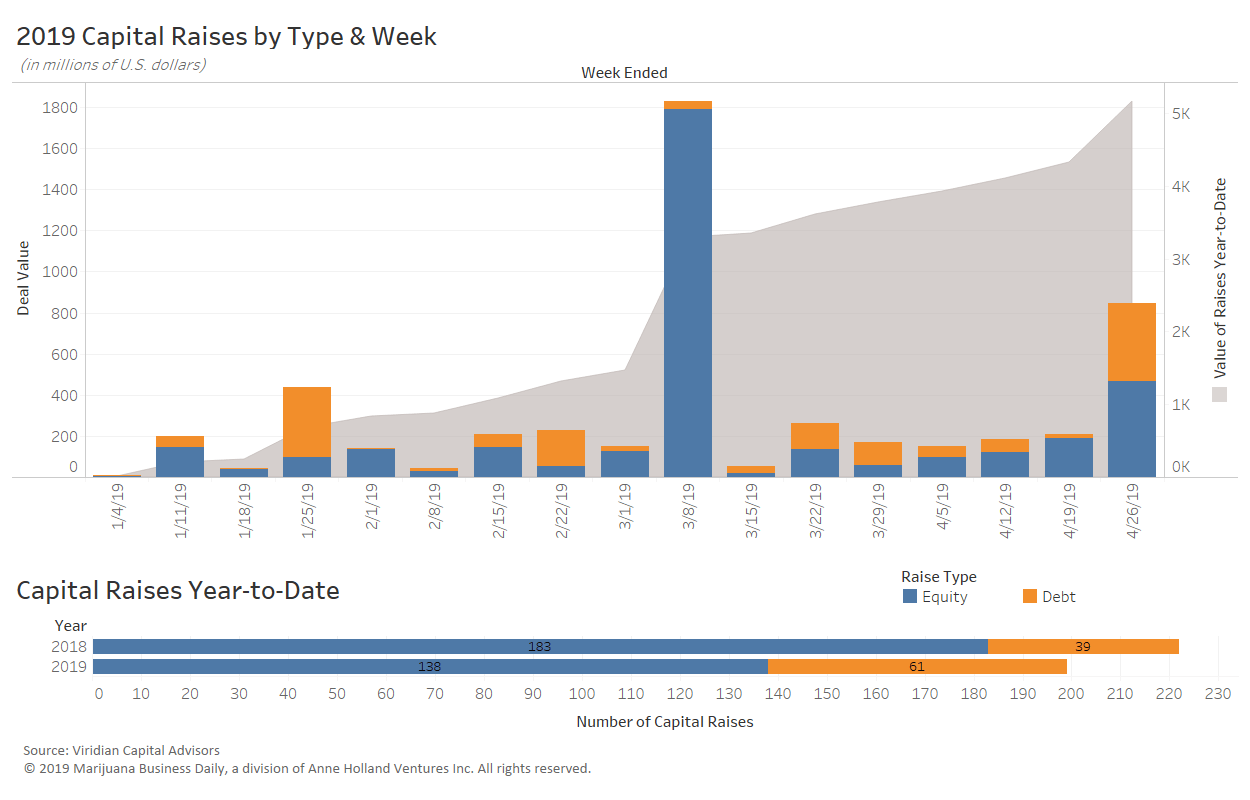 Two deals from the past week accounted for the bulk of the $845 million raised. 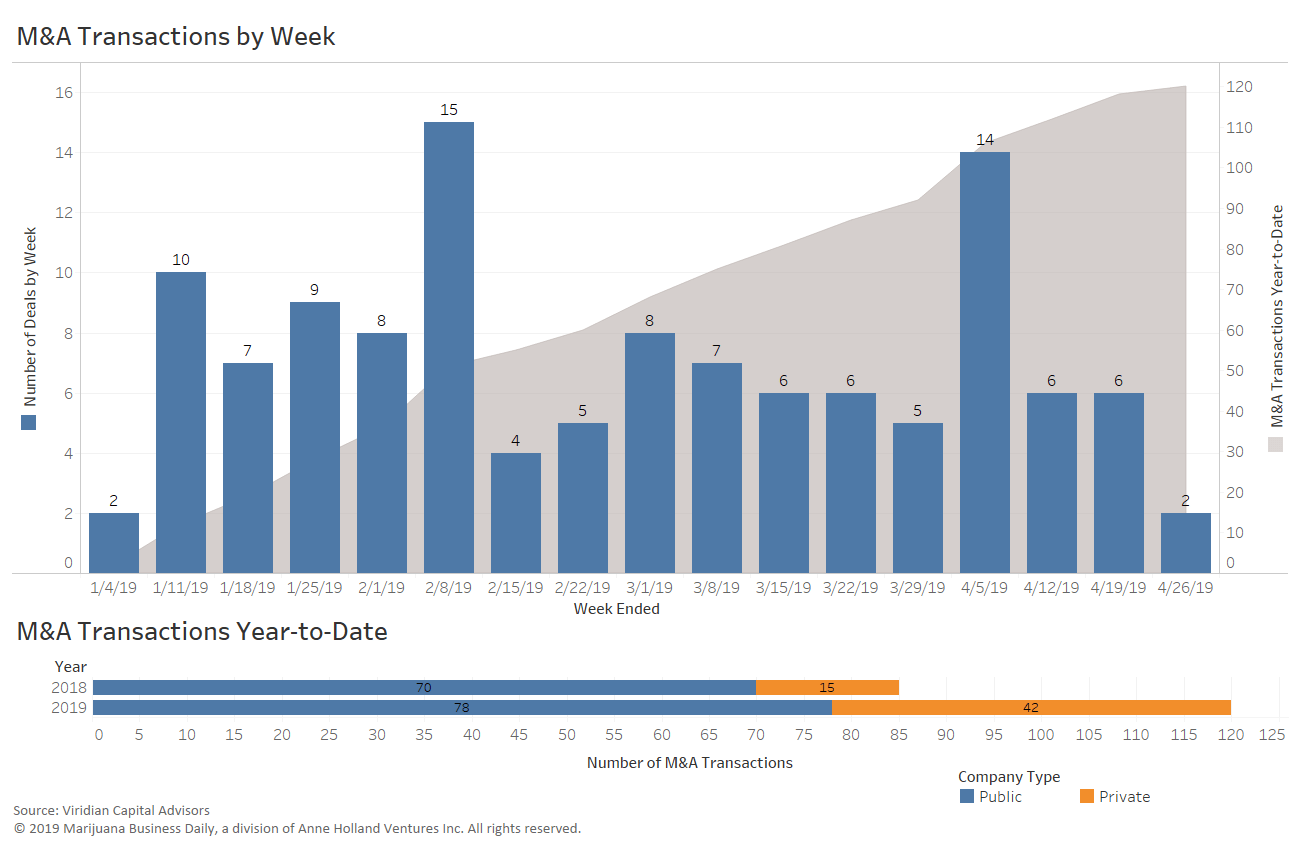