Auxly Cannabis Group does not have enough cash on hand to fund operations through the coming year, prompting the Toronto-headquartered company to warn investors of “significant doubt” over its ability to continue as a going concern.

“The company currently has insufficient cash to fund its operations for the next 12 months,” Auxly said in a regulatory filing issued with its latest earnings statement.

ADVERTISEMENT
The company had cash and cash equivalents of 20.7 million Canadian dollars ($15.3 million) and working capital of CA$46 million as of June 30.

Auxly said its ability to attain profitability and positive cash flows is “uncertain.”

“These uncertainties cast significant doubt upon the company’s ability to continue as a going concern. Such adjustments could be material,” according to Auxly’s filing.

Auxly’s net revenue for the three-month period was CA$8.6 million, a substantial decline from the CA$10 million in revenue reported in the quarter ended March 31.

In addition to prioritizing certain projects with a greater expected returns and reducing operating costs, Auxly said it will address its cash crunch through:

The company believes it will “be able to obtain sufficient funds in the future and ultimately achieve profitability and positive cash flows from operations.”

Earlier this summer, Auxly joined a number of Canadian cannabis businesses in reeling in its international footprint to conserve badly needed cash.

Auxly’s Uruguayan subsidiary said in June it “has chosen not to proceed with planting for the 2020-2021 growing season.”

The subsidiary, Inverell, was sanctioned by Uruguay’s cannabis agency earlier this year for operating an unauthorized extraction laboratory, holding more inventory than permitted and growing larger plants than allowed.

Shares of Auxly Cannabis are traded on the TSX Venture Exchange as XLY. 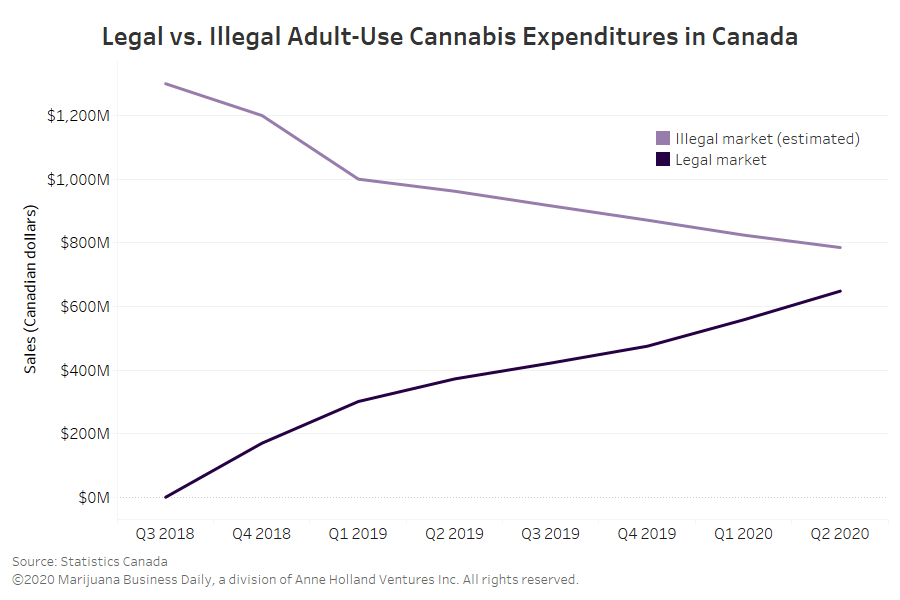