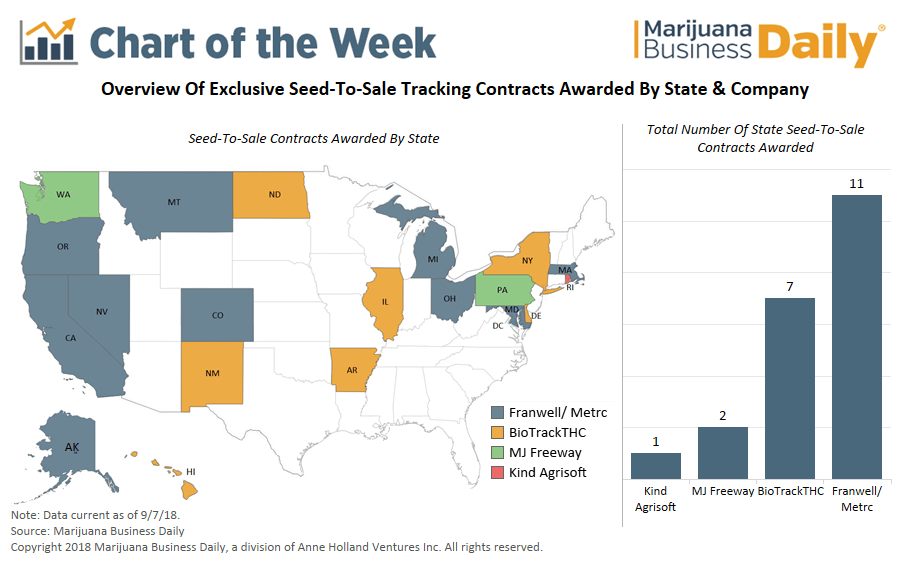 Businesses that provide seed-to-sale tracking systems to the marijuana industry operate in an intensely competitive environment, but one company appears to be pulling away from the pack with its recent contract victories.

Franwell – the Florida manufacturer of the regulatory compliance system known as Metrc – has won contracts with more than half the markets that require cannabis businesses to use a specific seed-to-sale traceability system.

Of the six seed-to-sale contracts awarded in 2018, Franwell’s Metrc system was selected by regulators in Washington DC, Montana, Massachusetts and Colorado.

ADVERTISEMENT
BioTrackTHC was selected by Arkansas and North Dakota.

Most states with legal marijuana industries require businesses to have inventory-control and reporting systems in place, though several allow each company to choose the provider they’ll use.

Minnesota, for example, places the responsibility for seed-to-sale tracking entirely on medical marijuana producers in the state. 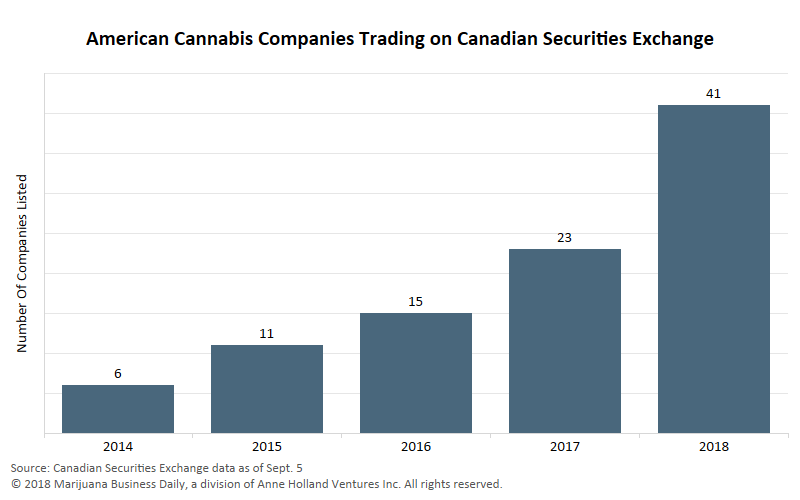