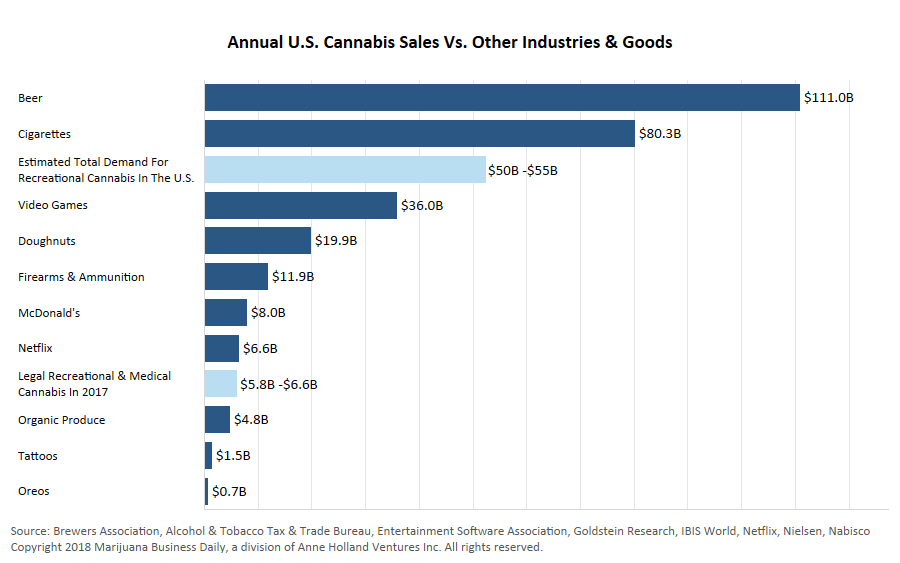 With revenue of $5.8 billion-$6.6 billion, sales of legal recreational and medical cannabis in the United States in 2017 topped those of Oreos and organic produce combined.

The data – published in the newly released Marijuana Business Factbook – illustrates how quickly the legal U.S. marijuana industry has grown.

It now rivals Americans’ collective spending on Netflix subscriptions – and will likely surpass McDonald’s annual U.S. revenue now that California’s massive new legal industry is getting off the ground.

By the end of 2019, sales of legal cannabis in the United States could overtake those of firearms and ammunition, an industry with a huge amount of influence on Capitol Hill.

Continued growth in mature medical and recreational markets, legalization in new states and further development of recently launched MMJ and rec industries will be the primary drivers of growth for the U.S. marijuana industry over the coming years.

But legal sales represent just a fraction of the estimated total potential demand for cannabis in the United States, which is around $50 billion-$55 billion, including black-market demand. This is how much revenue the industry could generate if the federal government legalized marijuana nationwide.

Relative to more traditional goods like cigarettes and beer, sales of cannabis on an annual basis are quite small.

The marijuana industry, however, is on a very different growth trajectory than cigarettes and beer, with legal sales expected to grow more than 200% from 2017 to 2022.

This has caught the attention of alcohol and tobacco companies, as two major players from these industries – Constellation Brands and Alliance One International – recently made significant moves into the cannabis space.

Though marijuana’s status as a federally illegal substance creates uncertainty in the short term and will likely keep most mainstream companies on the sidelines, the tremendous potential for growth means the long-term outlook for the U.S. cannabis industry is bright. 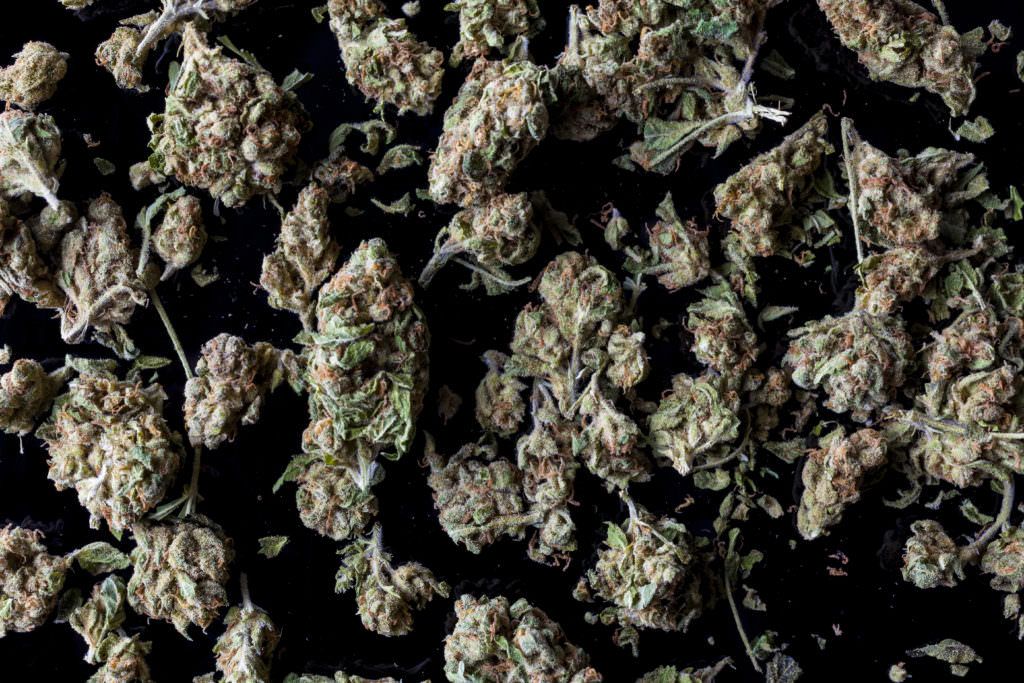