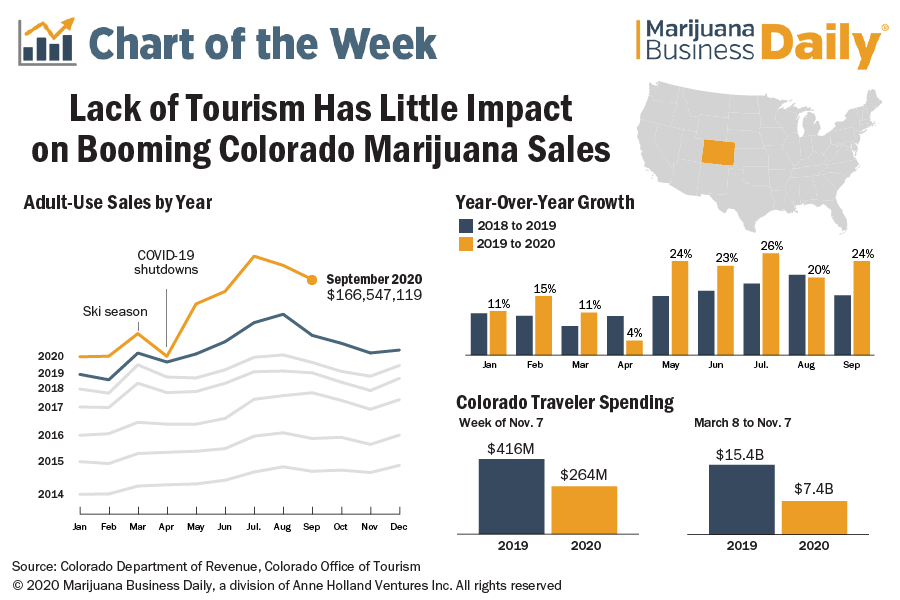 Sales of recreational marijuana in Colorado continued to climb during the summer months, even while tourism revenue tumbled more than 50% because of the coronavirus pandemic.

The state has lost more than $8 billion in tourism spending since March, according to the Colorado Tourism Office.

ADVERTISEMENT
And it’s not getting any better.

Tourism officials estimate that Colorado traveler spending for the week of Nov. 7 was $264 million, down from $416 million during the same week in 2019.

But the local cannabis industry appears to be avoiding the same hit.

Year-over-year recreational marijuana sales growth topped 20% or more each month since May, with September setting a monthly sales record of almost $167 million. 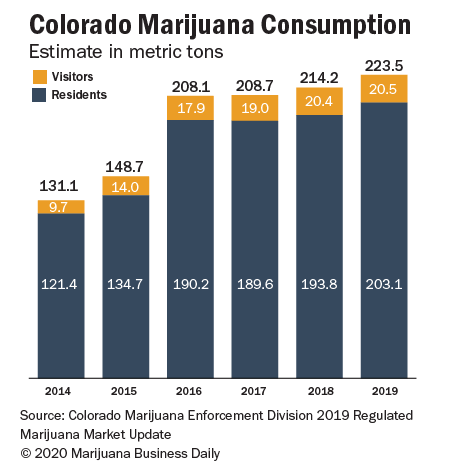 The numbers not only show evidence of the recession-resistant nature of the industry but also the Colorado market’s ability to be self-sufficient when neighboring states, such as Arizona, open recreational sales that might siphon off out-of-state sales.

While losing any sales would hurt, the Colorado Marijuana Enforcement Division estimated that visitors to the state accounted for only 9% of the marijuana consumption in 2017 – a figure that has held steady for the past three years.

Illinois, which launched recreational sales in January, has been posting record sales month after month.

The state had $75.2 million in recreational sales in October, and 27% were from out-of-state.