Well, some of those seeds have grown into 10-foot-tall plants that were harvested this week and are now ready to be turned into everything from textiles to U.S. flags.

The current crop being harvested in the southern state is part of a pilot program approved by the federal government and overseen by the University of Kentucky, the first legal hemp harvest in the state in decades. Seeds were planted at the end of May, after the state won release of the confiscated shipment.

The retail hemp market in the United States was valued at $581 million in 2013, according to The Associated Press. That’s an increase of nearly 25% from 2012.

Many in Kentucky, including prominent Republican politicians, have been pushing hemp for months as a possible boon to its lagging agricultural sector. 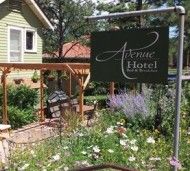