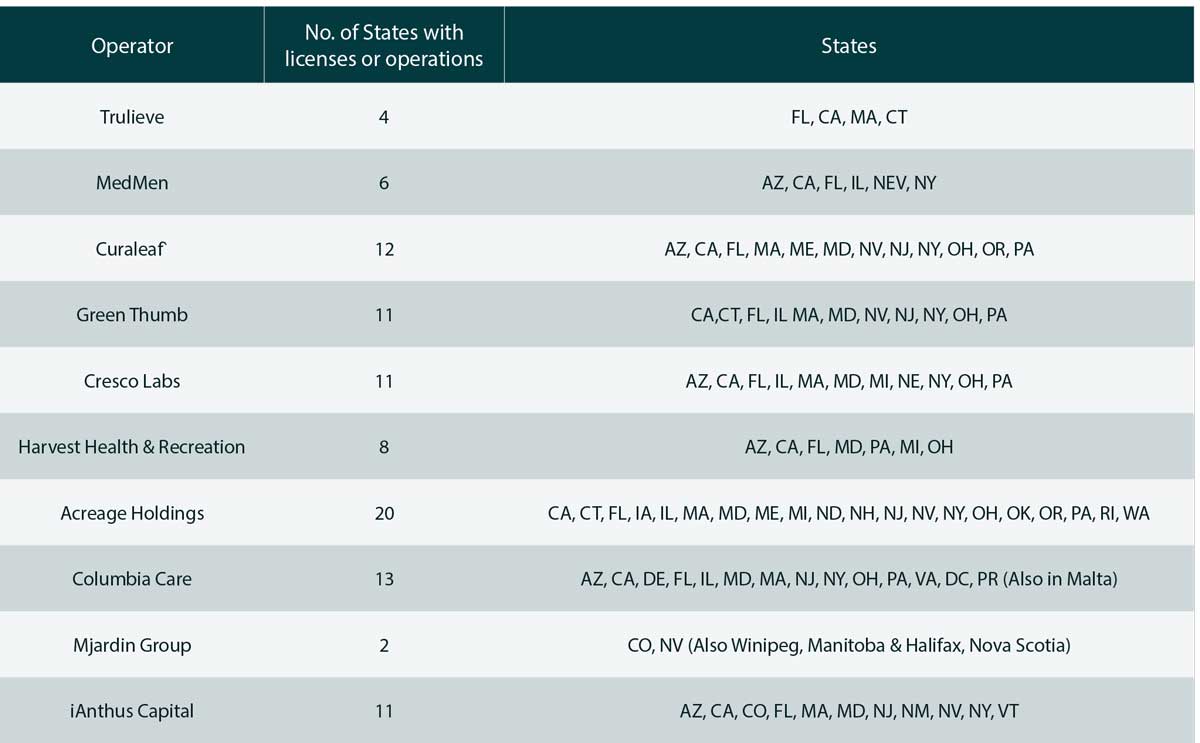 With each new quarter, investors are getting a deeper look at the operations and opportunity unfolding across the U.S cannabis sector.

The chart above offers a glance at the 10 leading U.S. multistate public cannabis firms by Q1 revenue.

Here’s a quick snapshot of the top takeaways from Q1:

For those cannabis firms offering guidance on their full-year revenues, some enormous numbers have been hitting the charts, fueled in large part by recent activity and their M&A pipelines. Here’s an overview: