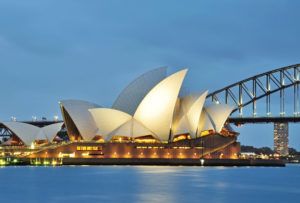 Cronos Group unveiled its Australian joint venture and the first phase of a 10-million-Australian-dollar ($8 million) production facility, the latest move by a Canadian company to carve out opportunities to meet demand Down Under and position itself to capitalize on future possibilities in Asia.

It’s the first Canadian company to help build a medical cannabis company in Australia from the ground up. It also received two requisite licenses.

Cronos isn’t the first Canadian cannabis company to enter the Australian market, but it has taken a much bigger stake in its Australian partner (50%) than other Canadian competitors have:

“We’re set up to import/export across Canada, Germany, the Caymans, Israel and now Australia.

“And there are a number of other countries on the way.”

Shovels are expected to go in the ground for the first phase of Cronos Australia’s 20,000-square-foot facility in the coming months, with completion eyed for early 2019.

Production is expected to commence in the facility in the third quarter.

Estimated production capacity for the first phase is pegged at 2,000 annual kilograms (4,400 pounds), which is enough to supply medical cannabis for more than 5,500 Australian patients, the company said.

“This is a great news story for the local economy as the scalable facility is expected to initially employ up to 50 people when fully operational and create more than 100 jobs during the construction and subsequent expansion initiatives,” said Peter Righetti, Cronos Australia’s chief operating officer.

Cronos Australia currently holds medicinal cannabis and cannabis research licenses. An application has been submitted for a manufacturing license.

While the facility is being constructed, Cronos Australia plans to apply for import permits to provide medical cannabis for Australian patients from Cronos’ Canadian operations.

Gorenstein added that Australia’s financial sweeteners make it a good place to conduct research and development.

“For R&D and pharma, Australia provides a massive platform,” he said.

“You’re getting back 40 cents for every dollar you put into research.”

As part of the “Cronos hub,” the Australian joint venture will be part of an international network from which the company can pull supply to meet demand around the world.

“It’s part of the company. It’s not a strategic investment,” said Gorenstein.

Cronos is one of a number of Canadian licensed producers that are bullish on Australia’s emerging market and the potential in New Zealand as well as Asia.

Since then, 13 cultivation and production licenses have been granted, six for research and six for manufacturing.

A report prepared for internal use of the Department of Health in 2016 by Deloitte assessed market demand at 11,000 kilograms of dried cannabis flower for 30,400 patients.

Since then, however, the level of demand has escalated, according to Cronos, and there is “significant pent-up demand for access to these therapies in the Australian market,” Righetti said.

In Australia, access to medicinal cannabis is determined by state and territory governments in conjunction with the Therapeutic Goods Administration.

That means access guidelines can vary from state to state. Medical cannabis costs are not covered by the national Pharmaceutical Benefits Scheme and must be paid by the patient or a third-party insurer.

Last week, its parliament advanced a bill that would lay the groundwork for a regulated medical cannabis industry but rejected a separate measure that would have established a more full-fledged market and allowed home cultivation.

Cronos Australia’s immediate focus is the domestic market, but Gorenstein said the joint venture “gives us a valuable call option on Asia.”

“Given its proximity to Asia and strong track record of successful business with Asian (countries), a strategic part of Cronos Australia is to create a gateway into Asia as it opens up,” said Gorenstein.

There are signs that some Asian markets could soon take Europe’s lead in opening their doors to medical cannabis — potentially starting with Singapore and China.

Singapore, meanwhile, is investing millions of dollars in a medical cannabis research program to explore treatments for a range of diseases, including those related to metabolism, reproduction and age-related diseases Alzheimer’s and Parkinson’s.

“If and when Asia opens up, this is the launchpad and we’ll be in a position to accelerate our Asian strategy with a snap of our fingers,” said Gorenstein.

One comment on “‘Launchpad to Asia’: Cronos pulls veil off Australian joint venture”