Investors and cannabis companies are jockeying for a stake in Arizona’s $750 million-plus marijuana market in advance of a likely adult-use legalization ballot initiative in November.

If, as expected, residents vote to legalize adult use, the recreational program could launch by next spring.

The rec initiative – which favors existing medical marijuana operators – is creating enormous interest among investors despite the recession and tight capital markets, according to industry insiders.

While the election sets up the prospect of multimillion-dollar medical marijuana license sales, it’s unclear how many businesses will decide to cash out given that the initiative gives existing operators the inside track to what is expected to be a massive rec opportunity.

“We will have adult use, the marketplace will double in size and an Arizona license is going to be one of the best investments” going, said Demitri Downing, founder of the Arizona Marijuana Industry Trade Association (MITA) and a cannabis consultant.

A business’ ability to qualify for an adult-use license immediately increases the value of an operation by 30%-80% because of the additional market opportunities, Downing estimated.

Arizona cannabis attorney Janet Jackim said marijuana companies and investors, both in-state and from other regions, “are trying to gobble up any licenses they can.”

In fact, she said she already is working on several potential transactions.

Excitement about a potential recreational marijuana market is based on the success of Arizona’s MMJ businesses:

Experts said license-acquisition prices in Arizona could potentially range from roughly $5 million-$8 million for a troubled operation to $10 million-$30 million for an MMJ business in good shape.

A medical marijuana license entitles the holder to operate a dispensary as well as on-site and off-site cultivation facilities.

In Arizona, licenses are held by not-for-profit entities. So prospective buyers are trying to purchase the for-profit management contracts or entities that operate the dispensaries, Jackim said.

If adult-use legalization is approved, licensees will be able to convert the business to for-profit status.

Experts say MMJ operators in Arizona best positioned to move into a potential adult-use market are those that have the resources to expand their grow capacity to meet the expected rec demand.

“The name of the game now is cultivation,” Jackim said.

The adult-use initiative, put forth by Smart and Safe Arizona, is expected to qualify for the November ballot after the group collected nearly 200,000 signatures more than the 237,645 needed.

The state now is verifying the signatures, but the prospects look good.

Roughly 65% of likely voters favor the initiative, according to a May poll by High Ground Public Affairs Consultants.

More specifically, 47% of the respondents said they “definitely” would vote for legalization, while 18% said they “probably” would.

“What our polling has consistently shown is that a significant portion of people who voted against marijuana legalization in 2016 have changed their minds.”

Revenue to the state also might be an enticement for voters: The initiative calls for a 16% retail sales tax on adult-use cannabis products.

The initiative would set up a rec program quickly by allowing existing MMJ operators in good standing to receive a dual adult-use license by April 1, 2021.

The initiative was widely criticized at first because it tilts the field toward existing medical marijuana operators.

Arizona-based Harvest Health & Recreation and Massachusetts-based Curaleaf, both multistate operators and the biggest MMJ companies in the state, were huge financial backers of the initiative.

Smart and Safe now is emphasizing social equity in the initiative as well, reflecting nationwide pressure on the marijuana industry to diversify cannabis ownership.

Proponents amended the initiative to include 26 licenses for social equity applicants through a program that will be developed by the state health department.

Downing said MITA plans to be “deeply involved” with regulators to ensure the program “reflects the social equity injustices that have occurred in Arizona” as much as possible.

Arizona has sizable populations of Hispanics/Latinos and Native Americans.

Pearson noted several other ways licenses can be issued other than to existing MMJ operators and social equity applicants:

State officials didn’t respond to MJBizDaily queries about how many MMJ operators are in good standing and how many counties lack dispensaries.

Only a few months ago, it looked as if Arizona’s adult-use market could be dominated by large operators.

Nine MSOs combined command roughly 30% of the licenses in the state. But a number of MSOs now are scaling back.

For example, Harvest Health, the largest player in the Arizona market, has been trying to sell off assets in California.

The Arizona market could provide a boon to MSO operations – as long as the companies have the resources to invest and take advantage of the additional market opportunities.

At least one MSO, for example, already appears to be falling short.

Los Angeles-based MedMen Enterprises is in a legal dispute over alleged nonpayment to complete its 2019 acquisition of MMJ licenses in Scottsdale and Tempe.

In a recent twist to the MedMen case, the former owners retook the Tempe dispensary. A judge reportedly is allowing the group to continue operating the store, pending the outcome of the litigation.

While multistate operators are a strong influence in the Arizona market, Downing said a number of independent medical marijuana operators have done well in the state.

The Green Halo, which opened its doors in Tucson in 2013, is one of the leading independent operators in Arizona based on the number of dispensaries to which it sells its products.

Halo would seek a dual recreational-medical marijuana license if the adult-use initiative passes, she said, and would increase production to meet demand.

Stewart said there’s always some concern about competing against MSOs with deep pockets, “but I think we’re in a relatively strong position when it comes to products and relationships with other dispensaries.”

Though relatively small, Halo – known for its flower, concentrates and edibles – has a large footprint because it makes wholesale deliveries of many of its products to about 100 dispensaries statewide, Stewart said.

It might seem all medical marijuana businesses would want to transition to the adult-use market.

For now, she said, acquisition prices have pretty much stabilized after rising when MSOs went on an Arizona buying spree in 2019.

“But I anticipate they will increase as we get closer and closer to November.”

More hurdles for marijuana MSO MedMen in Arizona, California – and in court 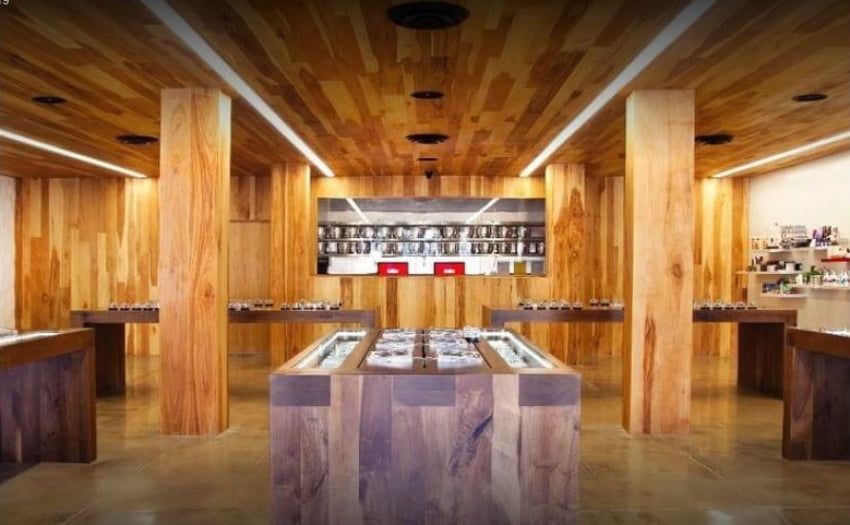