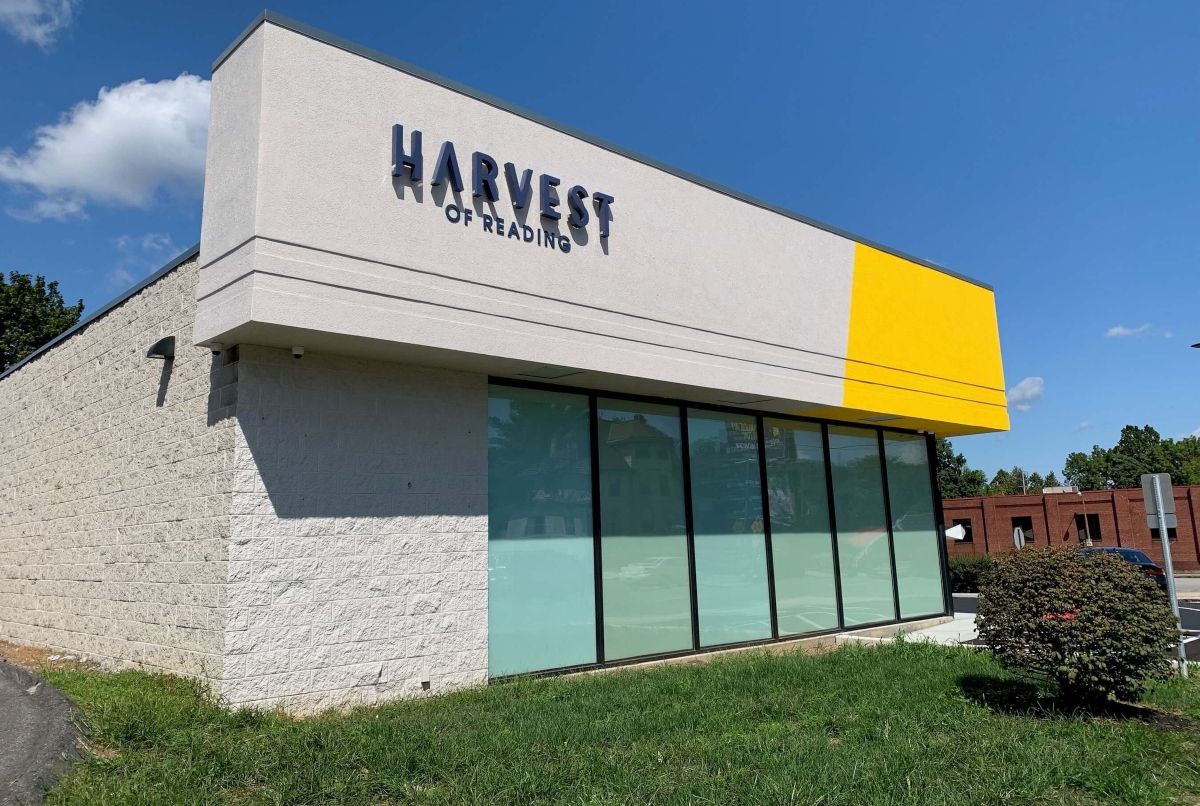 To a casual marijuana industry observer, it might seem that Arizona-based Harvest Health & Recreation has taken to heart the adage, “All publicity is good publicity.”

Harvest, a multistate operator with a footprint in eight states, has become one of the more high-profile marijuana companies in recent months in part because of a string of industry headlines.

The business has negotiated several acquisition victories over the past year.

But it’s also attracted attention for licensing challenges, scuttled deals and legal disputes that some industry experts believe could make the firm’s investors nervous. Harvest trades on the Canadian Securities Exchange under the ticker symbol HARV and on the over-the-counter markets as HRVSF.

Most recently, the company was hit with two lawsuits from former employees who alleged they were forced to resign. Harvest disputes the claims.

And that’s just the tip of the iceberg.

Other Harvest-related headlines in recent months include:

ADVERTISEMENT
At the end of 2019, Harvest had $22.6 million in cash, compared with an operating loss of $108 million for the year and an EBITDA of negative $34.8 million.

Despite the flurry of positive and negative headlines, White doesn’t see his company as having gone through a particularly crazy ride over the past several months.

“The public markets and the stock prices going up and down – and the articles that get written – make it appear that it’s a roller coaster. But we’ve never been more focused on our core business than we are today,” White told Marijuana Business Daily.

He is confident the company has made the right moves to position itself for the future.

This year, White said, Harvest will focus on boosting its footprint in Arizona, Florida, Maryland and Pennsylvania – markets where it already holds interests.

Harvest already owns or controls 35 retail storefronts and 11 cultivation or manufacturing facilities in eight states, and that footprint is poised to expand this year, White said.

Still, some of the recent developments have led some industry watchers to question what’s happening inside Harvest as the company navigates treacherous business waters while the nation confronts a major economic downturn.

“It’s a crazy industry, but I don’t think (Harvest is) the norm,” said Matt Karnes, the founder of GreenWave Advisors in New York City. “I think they’re struggling to keep up or stay in the same league as the darlings of the industry.”

Karnes cited other MSO’s as the “darlings” he thinks are atop investors’ lists, such as Green Thumb Industries, Cresco Labs and Curaleaf, which some view as more stable than Harvest. He also pointed to the former employee lawsuits and the High Times deal, and compared the latter to house-flipping since many of those assets were bought barely a month earlier.

“Something doesn’t sit right. … Where there’s smoke – as we learned with MedMen – there’s fire,” Karnes said.

“As it gets more difficult to navigate the ship, it just raises more uncertainty. And it doesn’t seem like (Harvest is) equipped to weather that storm, as (other MSOs) are poised to do.”

Rather, he sees Harvest’s ups and downs as emblematic of larger industry trends, including the retreat of institutional capital that began in 2019 after cannabis stocks plummeted.

Regarding the failed acquisitions and various legal disputes, Rogoway said: “Transactions that have fallen apart for various reasons, like partnership disputes… There’s just so much of that happening right now (in the industry). It’s everywhere. It’s ubiquitous.”

Asked for his macro-level view of Harvest’s situation, Rogoway said much of it can be traced back to financial issues plaguing the global marijuana market.

“What I see are a bunch of situations that are at least caused through inadequate capital,” he said. “That’s not to say they can’t do what they are trying to do but that it’s just a problematic industry in the sense that there’s a lot of volatility.”

What’s next for Harvest

White told MJBizDaily that selling 13 California retail outlets to High Times fit a strategic plan he put together for Harvest, and he denied that the goal was to flip the properties, as Karnes suggested.

“That wasn’t the intent,” White said, adding that Harvest’s March purchase of ICG “came with a lot of things,” including a capital raise and multiple experienced staffers who have backgrounds working in capital markets. Those assets, he said, will be “critical” to Harvest’s long-term plan.

And, White noted, the California assets purchased from ICG were not the same package of shops sold to High Times.

He said the aim of the High Times deal was to divest from at least part of California in order to invest more resources into developing the company’s footprint in other states where Harvest is more bullish.

“That’s a case where the plaintiffs have alleged violation of laws that no longer exist,” he said. “So those fall into the category of litigation we take less seriously.”

White noted he’ll be prioritizing one thing this year: profitability.

“We’ll probably fall out of the headlines for some period of time – until we don’t.” 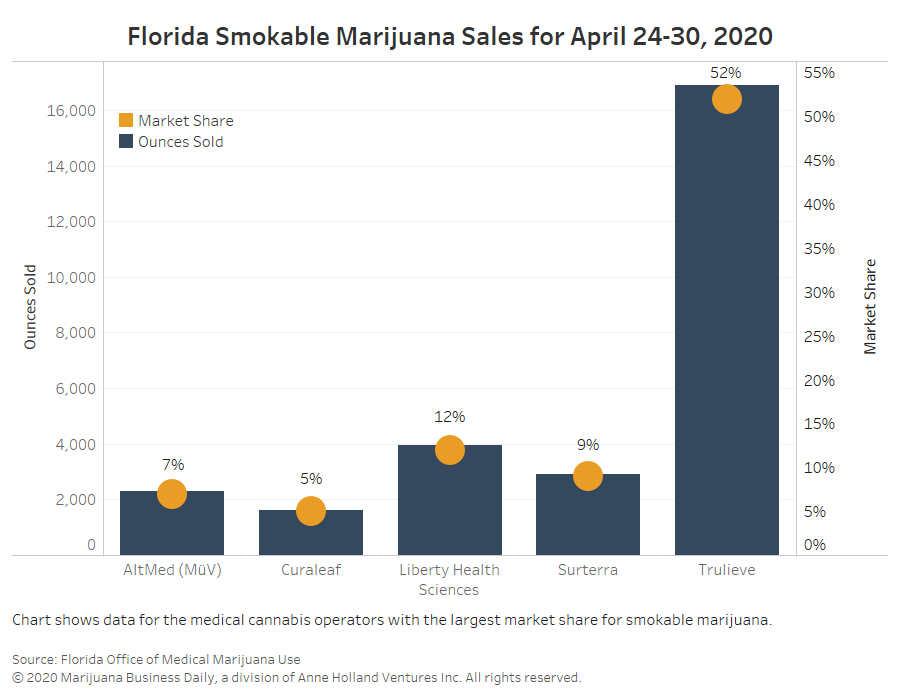 How coronavirus crisis is affecting marijuana launches, licensing in ME, IL, MO 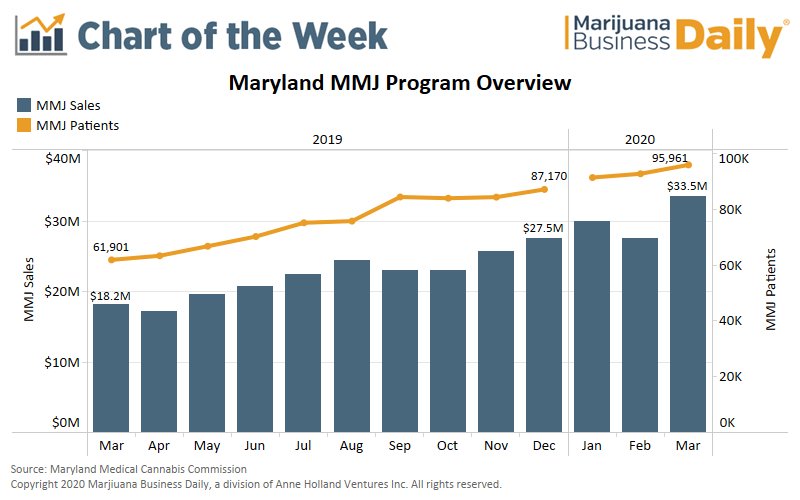