The provincial wholesalers for recreational marijuana in Quebec and Alberta told MJBizDaily they won’t sell the former boxer’s cannabis products in their respective provinces.

Without going into specifics, a spokesperson for Quebec’s monopoly wholesaler and retailer said the organization didn’t “want to be associated with this image.”

Tyson was convicted of rape in 1992 and sanctioned by the Nevada State Athletic Commission in 1997 for biting off part of Evander Holyfield’s ear during their World Boxing Association heavyweight championship bout.

That partnership follows a more positive reception for Tyson 2.0 in the United States.

But in Canada, not all provinces are on board with Hexo’s new partnership.

A spokesperson for the Société québécoise du cannabis (SQDC) told MJBizDaily the monopoly wholesaler and retailer learned of the tie-up through Hexo’s news release.

“Hexo will have the same treatment as any other suppliers and according to our practices. The SQDC will not sell these products because we do not want to be associated with this image,” the spokesperson said.

The SQDC spokesperson didn’t reveal the specific “image” it didn’t want to be associated with.

“We will not be selling this product. Federal legislation prohibits the promotion of a cannabis product through endorsements or depiction of a person,” a spokesperson said via email.

MJBizDaily reached out to Tyson 2.0 for comment but did not hear back from the company by deadline.

After MJBizDaily asked Hexo about the rape conviction, a spokesperson said the company is unable to comment on questions “that fall outside our professional relationships.”

Hexo is swimming against the current in bringing Tyson’s cannabis brand to Canada.

A number of celebrities either retreated from the Canadian market altogether or rebranded for various reasons.

Canada’s cannabis regulator, Health Canada, previously told MJBizDaily that any celebrity affiliation with a marijuana product or brand, including promotions and marketing, has the potential to be noncompliant with federal law.

The decision by the wholesalers in Alberta and Quebec not to carry Hexo’s Tyson 2.0 products would be a blow to the company.

Regulatory filings show more than half the company’s sales came from Alberta and Quebec.

Last year, roughly 42% of Hexo’s net cannabis sales came from the SQDC, while 14% came from Alberta.

The Tyson 2.0 products are expected to launch across Canada this fall.

Some other provinces are taking a wait-and-see approach.

The Ontario Cannabis Store did not reply to queries by MJBizDaily’s deadline.

British Columbia’s Liquor Distribution Branch, which manages cannabis wholesale in that province, said it needs to review the specific product application before making a decision.

“We have not yet reviewed this specific product, so we cannot confirm whether it will be approved for sale in B.C. at this point in time,” a spokesperson said.

Cannabis NB, which manages wholesale orders in New Brunswick, said it “certainly wouldn’t carry a product that we felt violated the Federal Act; however we don’t know enough about the packaging or branding in Canada to speak to that.”

Asked why Hexo wants to be associated with Mike Tyson’s image, the spokesperson said the company “is committed to educating consumers and building awareness of the benefits of its products and how they can help manage pain, anxiety and stress.”

“We believe this partnership will help raise awareness of the medicinal value of cannabis and allows us to bring more products to the Canadian market that could help improve the overall mental, emotional, and physical wellbeing of our customers,” the Hexo representative continued.

Hexo said the brand will be compliant with federal rules but did not answer specific questions with regards to federal law.

“The products launched by HEXO in partnership with any cannabis company are and will continue to be compliant with the Cannabis Act and regulations,” the spokesperson said.

Health Canada: ‘Any celebrity affiliation with cannabis has potential to be noncompliant’ 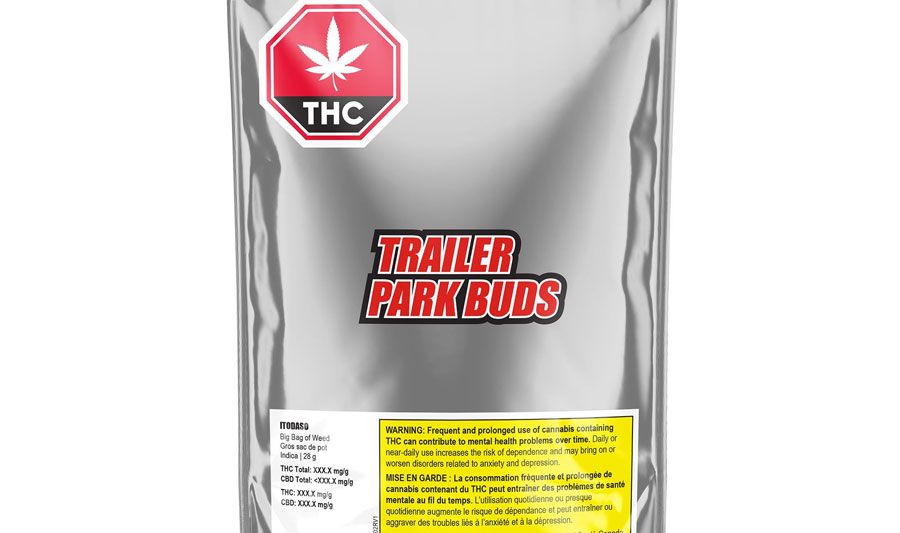